Why Logrolling Negotiation Is Garbage (And What to Do About It) 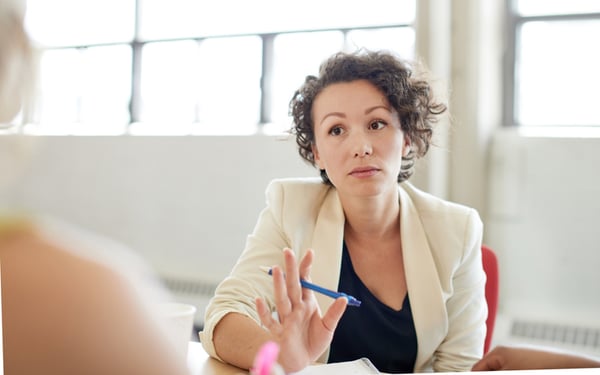 The Black Swan Group hates compromise because it guarantees mediocrity at best and greatly increases your chances of failure.

This is almost as bad as the black shoe-brown shoe analogy, except it really takes it a step further and adds the wrong socks. Already unable to agree on a shoe color, why not also decide which socks go with each shoe?

How about this: I’ll agree to wear your shoe choice, but you’ll agree to wear the socks that went with the shoes I wanted. Or maybe we’ll split the difference and wear both colors of shoes with one of each of the socks.

Or maybe we’ll wear stripes on one foot and plaids on the other?

One of the Laws of Negotiation Gravity (based on Daniel Kahneman’s Nobel Prize-winning prospect theory) is that a loss stings twice as much as an equivalent gain.

Whatever you agree to trade off—even if the numbers say they are equivalent—the other side will feel like it wasn’t fair (the true “F-bomb” in a negotiation).

So what will they do next? Easy: Hit back twice as hard on the next trade-off. And thus begins the downward spiral.

This one is going to sound harsh: Logrolling is lazy.

It might not seem lazy, though, because you’ve put in a lot of hard work to get to this point. You’ve thought long and hard about trying to overpower the other side with data and a bulletproof argument. But in reality, your preparation has all been self-focused. It’s full of the reasons you think the deal makes sense and it doesn’t consider the other side’s perspective.

Having been unable to overpower the other side with your argument, you’re running out of time and you want to walk away with something. So, you figure that the best path forward is rotating compromise.

Instead of doing the real work and hearing the other side out and accepting that some of their ideas make sense, you figure it makes more sense to take turns giving in.

You’re avoiding the hard work to get to a conclusion that nobody wants. That’s lazy.

3. It assumes a zero-sum game

If you’re logrolling, you’re assuming you’ve found everything that there is to find.

That’s unlikely, because you’ll only find yourself in this position if you’ve been making arguments (also known as making your value proposition) and it hasn’t gotten you anywhere other than into a stalemate.

Sequential move games like tic-tac-toe (and its more advanced version, chess) and offer-counteroffer bargaining have a hidden trap. If you go first and you are somewhat evenly matched with your opponent, you can only win or tie. If you go second, you can only tie or lose.

That’s why the world’s great chess grandmasters tie (i.e., draw) all the time.

You don’t get into stalemates requiring the death spiral of logrolling if you’ve been getting that’s right out of your counterpart.

When you demonstrate that you understand your counterpart’s perspective—and the parts that seem negative toward you in particular—you remove barriers. This, in turn, eliminates the ridiculous feeling of needing to compromise.

Do you feel good about compromising your integrity or your morals? If not, why is it OK to compromise on your deals?

Raise the level of your game by getting skilled at eliciting a that’s right from your counterparts via a great summary. Try to get as many as you can.

You’ll also want to build in an accusations audit to show the other side that you understand exactly where they’re coming from.

This is the recipe for using tactical empathy to get better outcomes.

You’ll be delighted by the results.