How To Negotiate Your Utility Bills Down

Are you spending more than you need to on utilities?

Almost certainly, if we’re being honest. Renegotiating your utility bills on a regular basis is a great way to get low-stakes practice of our negotiation skills.

In a recent PC Magazine article, Kyle Kucharski writes the following: “Most people don’t know that many companies are willing to work with customers on a lower monthly service charge. Data collected by Truebill and compiled by LendEDU shows which ones are the most (and least) likely to cut a deal.”

This post will explore a four-step process that you can use to successfully renegotiate your utility bills: 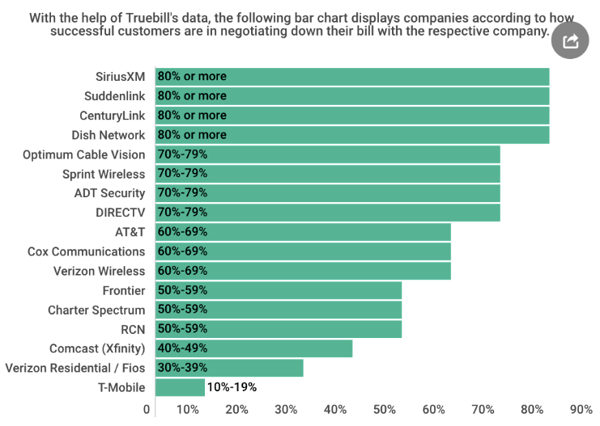 To increase the chances you’ll actually end up lowering your bills, your initial tone needs to convey deference, understanding, and positive regard.

Before you’ve even finished your first sentence, your tone is already hitting the agent’s mirror neurons and impacting their thinking. Since you’re getting ready to deploy some self-deprecating humor via your accusations audit, you need to lay the groundwork for it during your opening.

This leaves them sitting ducks for tactical empathy, and a caller with a warm and friendly demeanor (that’s you). You’re going to need more than this, but you’re guaranteed to fail without it.

(And P.S.: The tactic of threatening to terminate service has been used on them so many times that they’ve pretty much learned to let you go ahead and do it.)

“Hi, it’s Chris,” you might say, leaving out your last name. Then say your name again, this time with a question mark at the end. Maybe something like, “How are you able to help Chris?”

Then use a little dynamic silence. Wait three seconds for them to respond before going on. This time, if they say nothing after three seconds, you can proceed.

Don’t ask them how they are. That’s right. They’ve been asked that sterile question a million times. And in every instance, nobody actually cared what the answer was.

You might care, sure. But that doesn’t change the fact that they’ve already been somewhat sickened by the lack of actual concern from the last 15 people that ended up yelling at them.

Go right into your accusations audit, using a smiling, friendly, self-deprecating tone. (Remember, people are 31 percent smarter when they are in a positive frame of mind.)

Bono, U2’s lead singer, was involved in the Jubilee 2000 Drop the Debt campaign, in which hundreds of millions of dollars of third-world debt was simply forgiven as unpayable. As Bono was negotiating with world leaders—including people like Vladimir Putin—he found that if he could find a way to share a laugh with them early on, they’d probably be able to reach an agreement.

Your accusations audit should go something like this: “You’ve got to be the hardest-working, most underappreciated person at [Name of the Utility Company]. I know I am going to sound like just another selfish, stupid, cheap customer trying to get something for nothing.”

Then use some dynamic silence and pause for their reaction.

Next, say something like this: “I’m getting ready to make your day an even bigger pain in the neck than it’s already been, and you’re going to hate me for it.”

If you’re feeling extra adventurous, embellish your accusations audit even more. Don’t pull any punches here. If you do, it will make you look fear-driven when the look you’re going for is fearless.

Step #4: Deliver your ask with an EQ-tailored calibrated question

Next, say something like this: “How many people are going to get unbearably bent out of shape if you give me a better deal on the service I already have?”

Use dynamic silence again. This time, shut the front door. Whatever you do, do not be the one to break the silence. Count to 1,000 in your head if you have to (you won’t get past 10, though).

If that doesn’t work—though it probably will—try this last-ditch effort: Ask for the [Your Name] discount.

Be fun, playful, and joking.

Remember, the [Your Name] discount comes last—not first. Tactical empathy (and all of our skills, for that matter) are cumulative. You personalized yourself in Step #2 for a variety of reasons; most importantly, people are six times more likely to make a deal with someone they like. And by doing so, you leave yourself in a position to ask for the [Your Name] Discount last.

The Black Swan Group doesn’t guarantee your success. But we do guarantee you the best chance of success. We also guarantee that the more small-stakes practice you get under your belt, the more success you’ll have when the stakes are really high.

Practice enough, and you’ll get more comfortable with these negotiation skills, making it that much easier to tally win after win.

And the best part? You’ll enjoy the process the entire time.

Here’s to lowering your utility bills!