Methods of Persuasion: How to Use FBI Empathy

When you use empathy in the business world the way we learned to use it as FBI hostage negotiators, you get revenue.

In the book Never Split the Difference: Negotiating as If Your Life Depended on It™, we call this kind of empathy Tactical Empathy™. Very simply, Tactical Empathy is the process of knowingly and intentionally influencing your counterpart’s emotions to make deals. It’s how you give your family a better life. 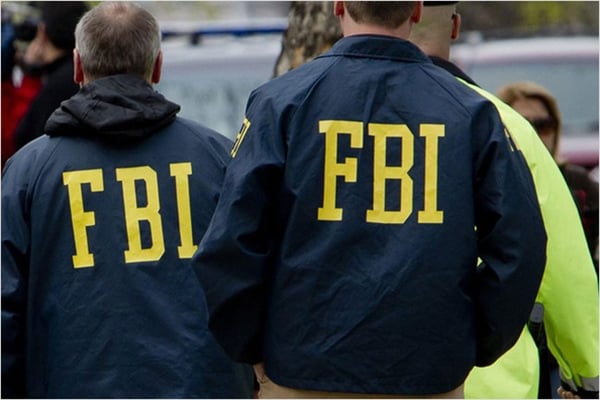 At the end of the day, we all want to be understood. Using Tactical Empathy, you demonstrate that you recognize the other side’s perspective and can articulate it in a strategic, even proactive manner—even when you don’t like their perspective!

With Tactical Empathy, you’re not driving for a yes. You’re aiming for a that’s right—the two magical words that enable you to get past any impasse, or even avoid one altogether. When you understand someone so fully—and that individual knows that you understand them—and you summarize their thoughts completely, they have no choice but to respond with that’s right.

You’re verbalizing the ideas in your counterpart’s head so precisely that it’s like you’re reading their mind. (Bless me, Father, for I have sinned has gotten me out of many jams. More on that in a bit.)

If Tactical Empathy seems scary to you, it might be because you are afraid of saying things that sound like they’re against your best interests. Truth be told, using Tactical Empathy is all about being strategic and fearlessly self-effacing.

Are you afraid to be self-effacing? It might be harder than you think because your ego will almost certainly get in the way.

Empathy as Defined by the FBI and Harvard

In his book Beyond Winning: Negotiating to Create Value in Deals and Disputes, Harvard Law Professor Robert Mnookin defines empathy as the process of demonstrating an accurate, nonjudgmental understanding of the other side’s needs, issues, and perspective.

He goes on to say: “Empathy does not require people to have sympathy for another’s plight—to ‘feel their pain.’ Nor is empathy about being nice ... Empathizing with someone, therefore, does not mean agreeing with or even necessarily liking the other side.”

The FBI, on the other hand, defines empathy through the lens of hostage negotiation as this: Identification/understanding of another’s situation, feelings, and motives.

I knew we were on to something when we considered that both the FBI and Harvard define empathy pretty much the same way. This resonates with Elon Musk’s reading strategy: He reads two different books concurrently to discover universal principles that worked under vastly different circumstances.

If Harvard and the FBI are on the same page, there’s some universal truth there.

I’m about to miss a flight out of Malaysia on my way to Australia. I’m facing an immigration line to leave the country that looks every bit of 40 minutes long, and my flight boards in 20 minutes. I know why I’m in this position, and it’s all my fault.

I cut the 40-person line and approach the Malaysian government bureaucrat who is taking his time and likely not impressed with the selfish concerns of an American who has failed to get out in front of his schedule.

“Why were you late?” the bureaucrat asks. He’s not smiling and is clearly looking at the guy I’ve jumped in front of and thinking about sending me back to the end of the line.

“It was completely my fault. I’m probably going to be the stupidest person you talk to today,” I respond.

Pause for a second: What do you suppose the bureaucrat was thinking at that very moment? That’s right.

He smiles, reaches for my passport and tickets, and stamps them both! “Have a nice flight,” he says.

Later that week, I’m delayed at the TSA security checkpoint at Newark Airport. They’ve snagged me because I’ve left a few ounces of water in my Voss water bottle in my carry-on shoulder bag. I want to keep the bottle because it’s Voss—and it also has a larger opening that makes it easy to pour in the bizarre vitamins I take.

The TSA guy is giving me a sideways glare. He’s got several bags to check and would rather be doing something else. I offer a smile, which isn’t returned.

He walks over to get my bag, and when he picks it up, I say, “Bless me, Father, for I have sinned.”

His expression doesn’t change. He takes three steps toward me to walk me to the table where he opens a bag and says, “How long since your last confession, my son?”

He lets me drink the rest of the water in front of him even though they’re supposed to throw it out. He then personally walks me back to the front of the security line and makes sure I get on my way with only a momentary delay.

Getting Started with Tactical Empathy

1. It all starts with your tone of voice

This isn’t an argument. Even if you don’t agree with what the other side is saying, you don’t need to tell them as much. They just need to know that they are being heard.

Instead of clashing with the other side, use Labels™ to verbalize unspoken feelings or sentiments. By simply calling out what’s unsaid, the other side will feel heard, and you won’t have to disagree with anything they said: I know it might seem like I’m ignoring your suggestion, but here’s the better way forward.

Tactical Empathy: Not the Only Skill in Your Tool Belt

Do the hard part. Call out how they see you as wrong politely—but fearlessly.

At this point, you know the ins and outs of Tactical Empathy and how to use it. But who are we kidding?: Is your work ever done?

Tactical Empathy is just one tool that you can use to get better outcomes. It’s a very important one—one upon which every other tool is built. But it’s just one tool, and you need as many tools in your tool belt as you can get.

And we’re here to help. Check out our free e-book, 7 Unexpected Ways to Increase Sales, to learn more about what you need to do to succeed at negotiating in every situation.