Communication at Work: How to Negotiate A Higher Salary

What happens when you trigger “That’s right” several times in a salary negotiation? How about getting a salary offer 41% higher than you expected? Here's how to use communication at work to get a "that's right" moment and increase your salary offer... without ever naming an amount. 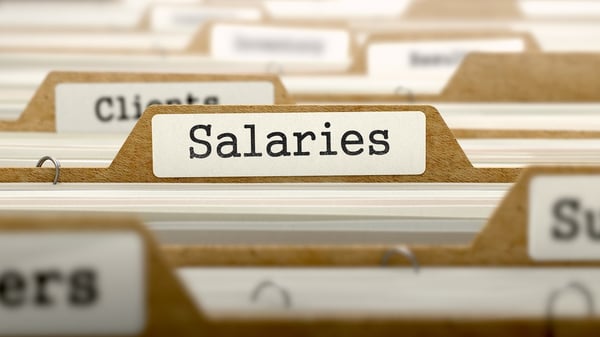 (As a side note – I love using the name “Bob” because in hostage negotiation when we would describe the surrender ritual to a hostage taker, we would always tell them the first SWAT guy they were going to encounter would be named “Bob.” “Bob” was going to treat them with dignity and respect. “Bob” was always a great guy.)

The salary negotiation between Bob and the HR professional took place over the phone. It starts by pleasantly getting right down to business.

The HR professional starts right off by telling Bob he seems ideal and is highly recommended by management.

Bob thanks him, but doesn’t stop there. He asks, “What reasons lead management to say so?”

The HR professional answers and says he has some questions of his own.

HR: “Are you looking for other offers either within or without the company?”

BOB: “Yes, both. It seems to be a great time to do so. It seems companies, including ours, are really trying to capture high-quality talent.”

HR: “That’s right. We are actually looking to move pretty quickly on this Bob. If we made you the right offer would you accept?”

BOB: “If I were given the right offer, I would accept. It seems that you already have a number in mind.”

(The dance of who will name a price first has begun.)

HR: “Actually, we factor in a lot of things. The number can change A LOT.”

BOB: “The number can change a lot? What are the parameters that impact it?”

HR: “That’s right. All sorts of things in the job market, but mostly how well you fit. There are numbers such as market penetration and your level’s salary all play into it. We want you to have a competitive salary comparatively. So what number would do it for you?”

BOB: “Well, as you may be able to see from my file, I have accepted two lateral promotions in the past, which was great for my career, but didn’t offer any increase in pay. It seems from talking with other folks in the company that management will often let talent slip out because of this. You have indicated that we would like to close this quickly and that the job market really does seem to support this. I would like to know that my salary is competitive, but more so, demonstrates that our management really would like to retain me and values me highly. You also indicated that there are a lot of factors that can cause an offer to fluctuate in order to reflect this.”

BOB: “That’s good, I would like the number to reflect what I summarized. How does what I stated impact the offer?”

(Bang – right back on the counterpart, but in a completely respectful and even deferential way.)

HR: “It means that I can go work this any put a number in front of you that will make this an easy decision for you. As I said, we want to move quickly. Let me get on this and get this to you as fast as I can.”

Five days later the company tenders an offer that is 41% higher than what Bob assessed might have been offered based on a number of other internal factors.

To sum up what happened: