How to Crush Your Salary Negotiation 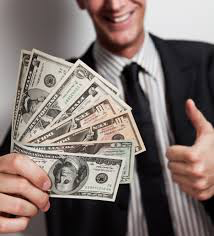 “How can I be guaranteed to be involved in projects critical to the company’s future?”

Ask this in every job and salary negotiation. Every time. Particularly as the first verbal response to the dreaded “How much did you make at your last position?” and “What are your salary requirements?”

“I’ll be happy to answer that, but first….. how can I be guaranteed to be involved in projects critical to the company’s future?”

Tom McCabe, a longtime friend from my hometown of Mt. Pleasant, Iowa makes this issue a critical part of every job negotiation he has. He is one of the most successful people I know, and certainly in the class of the most successful people I have ever heard of. Tom has been managing billion dollar global businesses for nearly 20 years. He’s achieved incredible career success with no MBA, no degree from a prestigious university (he has one from a small university in Missouri), no extensive alumni network to rely on and no wealthy family connections. (He does come from a great family.)

How did he do it? Hard work. Integrity. Tremendous people skills (high emotional intelligence). Good-humored. And always committed to working for the future success of every employer he’s ever had. Additionally, he successfully attracts tremendously talented people to come work for him because he commits to their future as well. The opportunity to be involved in strategic projects is a tremendous recruiting tool.

Here’s why this works. Before you begin putting a price tag on yourself (or anything) you have to begin establishing value. It’s not necessarily “He/she who names price first loses” it’s really anyone who quotes a price without having any idea of value involved is flying blind.

This is also directly in line with the Black Swan Group rules that price is only one term and that a good price doesn’t make a good deal.

One of the greatest things you can do to establish value with your counterparts is to genuinely position yourself as being committed to their future prosperity. In every negotiation your counterpart, on some level, is asking himself or herself “What’s in this for me?”

How about a bright future?

Hostage negotiators know that the most critical element to talking a hostage taker into coming out is to tie into whatever vision of the future the hostage taker has. That’s why every hostage negotiator says as early as they can “I’m here to make sure everyone stays safe.” If they can get that link established between themselves and any vision of the future that includes the hostage taker living, even if only for a few more hours, then they have a chance at victory.

“Never Eat Alone” is likely the best book on networking ever written. It’s certainly one of the finest business books written in the last 50 years. It has a pretty interesting story early on. The author, Keith Ferrazzi got his first job after receiving his MBA and hated it. It was all about spreadsheets and at the time he was not a spreadsheet guy. So he didn’t do the job he was hired to do with any degree of effort or enthusiasm. As he put it, he was well on his way to being fired or quitting.

Instead, he turned his effort and enthusiasm to making connections for his company. He started going out in his spare time and raising the company’s visibility by giving free talks at small conferences around the country. He reached out to anyone he could think of, or connect to, that might benefit from a relationship with his company. He focused on things that would be critical to the future of his employer. At his annual review they pretty much had two choices. Fire him or rewrite his job description. They rewrote the description and he went on to incredible success for the company.

Establishing your value to your current or prospective employer in this manner makes you much more valuable and makes it easier for them to pay you well. You’ll be worth it. Negotiating it up front raises your opportunity for success even sooner.