Why Bargaining Isn't Getting You What You Want

Whether you are working out a high-stakes business deal, negotiating with a vendor, or simply discussing with coworkers what to order for lunch, bargaining isn’t likely to get you what you want. Here’s why seasoned negotiators don’t bargain—and why you shouldn’t either if you want to get ahead. 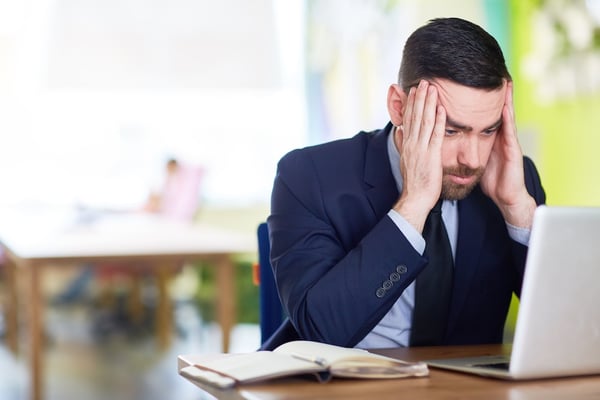 Bargaining Isn’t the Same as Negotiating

Although the words “bargain” and “negotiate” are often used interchangeably, they’re not synonyms. A negotiation refers to the discussion that encompasses the entire conversation leading up to an agreement. Negotiations don’t necessarily have winners or losers—instead, they’re focused on working toward a mutually desirable outcome. Well executed negotiation terms make both sides prosper.

Bargaining, on the other hand, is often viewed as a tit-for-tat game that revolves around specific terms or conditions. In a bargain, players must outmaneuver their opponent in order to prosper (typically at their opponent’s expense). If the nuances between the two terms aren’t clear without context, consider this: when the devil appears in a narrative, he isn’t looking to engage in a productive negotiation. Rather, he jumps right to the terms—i.e., what’s the least he could offer you in exchange for your soul?

Why Bargaining Sets You Up for Failure

Asking for something too soon in the negotiation process can trigger a bargaining dynamic that’s hard to break. For example, if you quote someone a number, they’re likely to counter with a number, thus limiting the chances of having a productive conversation. Initiating this dynamic before you’ve established rapport or earned your counterpart’s trust will ultimately lessen your chances of getting what you want.

The most adept negotiators work to bring about an agreement in the most organic way possible—that is, by engaging in a conversation and listening, communicating, and responding to their counterpart in an emotionally intelligent way. If you negotiate well, you can avoid bargaining altogether by organically positioning your solution in a way that resonates with their needs and values. Learning how to use communication techniques like cold reads, labeling, and mirroring will help you break a bargaining cycle and work toward an agreement that your counterpart feels emotionally satisfied with.

Bargaining puts you in the wrong mindset for a negotiation. In a bargain, your mind is preoccupied with winning, getting more out of your opponent while sacrificing the least amount in return. This aggressive mentality permeates your tone and body language and limits your situational awareness, flexibility, and communication skills—in turn diminishing your likelihood of success.

By nature, creating a bargaining dynamic doesn’t give you the opportunity to communicate in an emotionally intelligent way and won’t help you gain trust and influence. Even if you end up reaching a fair agreement, the combativeness of the bargaining process is likely to leave one or both parties feeling dissatisfied or, even worse, taken advantage of. This lasting emotional outcome can have a ripple effect beyond a single negotiation, limiting your future business opportunities and decreasing your likelihood of receiving positive referrals.

Effective negotiators focus their attention on creating a collaborative environment rather than attempting to elicit a “yes” from their counterpart. They direct their energy at eliciting, identifying, and responding to their counterpart’s emotional drives and influencing their behavior.

How to Deal with a Bargainer

If your counterpart has a reputation for being combative or has been known to jump right to the bottom line, come prepared with strategies to disarm their attack and re-establish a collaborative negotiation environment. You can prepare for high-stakes negotiations by practicing negotiation skills and techniques every day until they become second nature.

If you focus on nurturing emotional intelligence and learning key communication skills, you’ll have a greater chance of influencing your counterpart’s outlook and behavior than you would by simply researching their history or debating a single term. Along with disarming their attack, learn how to make a counter-proposal without initiating a back-and-forth bargaining cycle.

In a negotiation, you have the ability to affect change and influence the outcome. In a bargain, you create the necessity for compromise and increase the likelihood that one or both parties will emerge unsatisfied. Understanding the difference between a bargain and a negotiation will help you channel the right mindset, tone, and communication style to achieve what you set out to accomplish.