Why Assumptions Should Be A Hypothesis 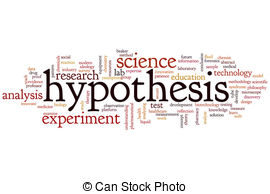 One of the biggest problems we see in negotiation begins during the process of preparation.  Of course we all know preparation is important but “how you prepare” and “what for” are equally, if not even more important.  If you are preparing for a bowling tournament by jogging five miles a day you will be in great shape but probably won’t have enough spin on your delivery to the pins.

Often times when people are getting ready to negotiate they will not engage in certain aspects of the interaction because they are “sure” of how their counterpart will react.  For example, “If I ask them that, they are going to say X.”  If people were so good at predicting the future, we wouldn’t make so many mistakes.  No matter what you think, there is no way to be absolutely sure your counterpart will respond a certain way to something until you engage them.  Chances are you haven’t accounted for the fact that people respond differently based on how much food they have eaten that day, blood sugar levels.  Maybe you haven’t accounted for the fact that some people respond better in the morning than the afternoon.  Or you haven’t used an accusation audit and don’t realize the power of preempting emotions in order to influence behavior.

Don’t defeat yourself before you get to the table because the little voice in your head has convinced you that the sky is grey on a sunny day. Prematurely deciding the outcome of an interaction is taking yourself hostage to the unknown and compromising with yourself on issues that may be a game changer.  Think of your interactions like a maze.  If you have an aerial view of the maze you can pretty much make out where the dead ends are, but if you don’t go down them you’ll never find out if you are dealing with a maze that has secrets passages (black swans) in the corners, which is something you can’t make out from the air.  If you are physically in the maze you have to go down all pathways just to make sure they aren’t the way out.  The end result of every negotiation is to make yourself smarter.  This is because not every deal will be made, but if we engage we put ourselves in a position to be smarter than we were before the exchange took place.

In conclusion approach all your negotiations as if you were executing the scientific method.  First, this applies a “method to the madness”, a type of sequencing of events.  For example, if you start a negotiation by justifying data or trying to prove how smart or right you are, in fact you are laying the groundwork for an argument.  Is that what you really want? The same idea goes for testing assumptions/hypothesis.  The scientific method teaches us that a hypothesis is an arrived conclusion based on limited information, that doesn’t change the fact there is a decent chance it is still a solid idea.  But in order to turn a hypothesis into theory it requires further testing.  Think of your assumptions as hypothesis, we at Black Swan have actually completed eliminated assumption from our vocabulary and only use the word hypothesis so we know we have to test the idea.

Forward this article to a friend who could use it!  Read more articles from Brandon.