What's the Deal with Anchoring in Negotiation?

Anchoring, or establishing a reference point in a negotiation, is a technique that can help you get the best deals. But it doesn’t always work that way.

Today, we’ll explore four rules of anchoring that can help you better understand how you can use this technique to get better deals. 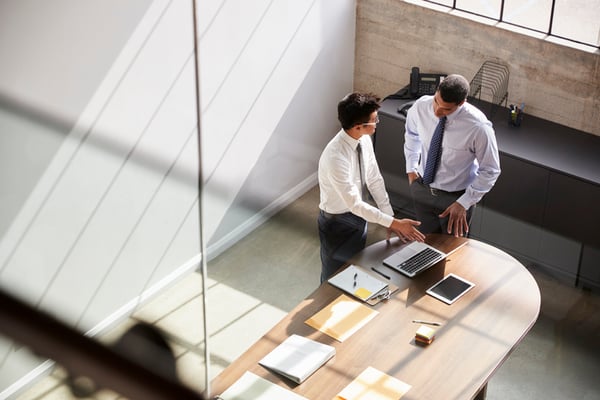 Rule No. 1: Extreme anchoring loses you deals that you otherwise would have made.

Rule No. 1 is one of the critical things that sets the Black Swan Group apart from our academic colleagues—and quite a few of your average negotiators, too.

When you set an anchor that’s too high, it will drive away deals that you otherwise would have made.

Any good price can be made into a bad deal with difficult terms. At the same time, with phenomenal terms, you can turn just about any price into a great deal.

You don’t want to drive away what could have been a great deal because you made the rookie mistake of using a high anchor and gave your counterpart cold feet.

Rule No. 2: He or she who names the price first loses.

The top-tier negotiators—the 1-percenters—know that negotiation is an information-gathering process. You absolutely want to know the other side’s opening offer.

If you do end up liking it, however, don’t accept it on the spot.

One of our rules of negotiation is this: Ignore human nature at your peril. Unfortunately, anything gained too easily is given that same value.

This is one of the dilemmas of being a decent person. You don’t want to deceive the other side. But at the same time, if you accept anything too easily, your counterpart is guaranteed to be disappointed—leading to implementation problems for you.

Rule No. 3: Everyone has a plan until they get punched in the mouth.

This rule comes to us courtesy of Mike Tyson. It provides another reason why high anchoring is a bad idea.

Many people use extreme anchors because of two reasons. One, they think it works, and two, they’re lazy.

Yeah, I said it. If you use an extreme anchor, you’re lazy. You don’t want to do the work of making a better deal. You don’t care about its negative effect on your long-term relationships. You’re working for someone else and you’re either getting paid by the hour (e.g., an attorney) or you’re on a salary. But you’re not making a living strictly off of the deals you’re making.

And you don’t notice that, as time passes, deals are harder and harder to make and you make fewer and fewer of them.

You bask in the glory of the old days when “you had them over a barrel.” You had leverage.

Now? You make less and less money. And you’re incapable of making a deal unless you have lots of leverage and your counterpart has no options.

Eventually, no one in your industry wants to deal with you anymore. You may as well go into the Witness Protection Program because you’re done, and winter is coming.

And for the first reason? Why do you think extreme anchors work?

Because in the few deals you’ve made, the price was heavily slanted in your favor. You’ve got perception bias. And because you spend less time on the deals you do make, you just have to ignore the ones that go away more frequently.

Here’s how one client summed up what it feels like to be on the receiving end of a high anchor: Getting hit with a high anchor is like watching a vision disappear before your eyes.

If you get hit with one, laugh it off. It’s a test, and you want to pass it. Laugh out loud and say in a friendly and playful voice: Ha! That was a good one. Nice.

Then, in a little more serious (but not accusatory voice), use an “I” message like: I’m sorry, but when you use a number like that, I feel like I’m wasting my time because it’s completely unworkable.

Rule No. 4: Never throw out a price naked

Don’t just throw out a number.

When you do get around to naming your price, there’s an interesting hidden dynamic called emotional anchoring that you should use.

You want the other side to actually be relieved when they hear your price.

To do that, you need to soften the blow and make sure it lands well. Otherwise, they either won’t accept it or they’ll regret that they did.

So use an emotional anchor. If you’re coming in high, say: We’re expensive—more than what you’re expecting. Much more.

If you’re coming in low, flip it around: I’m cheap. Dirt cheap. It’s going to be embarrassingly low.

As soon as you’ve said your piece, go silent. Let their amygdala kick in. It will. They are going to imagine something far worse than what you are ultimately going to say.

Wait for their permission to go on. As soon as they give it, your price will actually be a relief.

A good price won’t make a good deal. Terms are what matter most. At the same time, a bad price can kill a deal—because price is one of the most emotional aspects of negotiation.

Practice these skills, take your results to the next level, and make it rain!