What Are We Seeing? - PART III 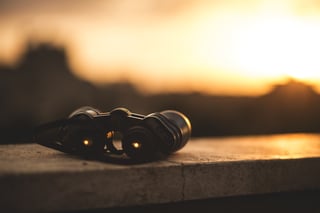 Differences in the personality types of hostage-takers (HTs) you may encounter should also be considered when planning the appropriate intervention technique.  Different people have different sensitivities, needs, and goals.  Your ability to influence the HT’s behavior and ultimately the incident’s outcome is significantly dependent upon the ability to address the personality type. Part III of this series will cover three general categories of HTs; people engaged in criminal activities, people in crisis or people suffering mental illness and those engaged in ideologically motivated behavior.

Kevin was released from the penitentiary four months before his current troubles, after serving a 17-year bid…for armed robbery.  Unable to find gainful employment, Kevin spent his time drinking and using heroin.  Pressured by his family “to get right”, Kevin tried various means to kick his habits.  In his final attempt, he tried to obtain methadone from a treatment facility.  He was turned away because he did not have the $25.00 co-pay.  Kevin and his partner spent the rest of the day getting high and ruminating about how life was unfair.  They came up with a solution.  Robbing a pawnshop.

They drove to the side of the pawnshop, got out of the car, masked-up, pulled handguns from their waistbands and entered the shop.  A witness called police who arrived so quickly, they trapped Kevin and his partner inside.  They immediately took the customers and employees hostage.

Kevin’s expedient response (taking the hostages) was born out of the fact that he had been interrupted in a commission of another crime.  He was using the hostages as leverage to keep the police at bay and for possible escape.  Kevin did not go into the shop to take hostages.  He went in to take money.  Now, his level of stress, already high from his participation in the robbery, is sent through the roof because his freedom and survival were being threatened.  His thinking is constricted therefore, the easiest and most opportune reaction was to snatch hostages.  If you are paying attention, Kevin has given several clues that self-preservation is a trait he possesses which is a plus because one of the elements needed for a successful negotiation is a desire to live on the part of the HT.

When referring to "Crazies", I am talking about people whose cognitive ability is being impeded due to mental health issues, heightened emotions or depression.

Wilhelmina is a diagnosed paranoid-schizophrenic. She was diagnosed in 2011 and spent some time (53 days) in Western State Mental Hospital last year.  She was released after the doctors determined she was not a risk to herself or others.  She had been seeing a doctor with regularity since but recently had stopped going and had gone off her medication.  Auditory hallucinations soon followed.  The voices in her head began to tell her that she was under surveillance by agents of the United States Government.  They were coming into her room at night to plant listening devices and were recording her actions through the radios and televisions within the home that she shared with her elderly parents.

She recently received information that her mother had been recruited to kill her by way of poison.  Today was the day.

After her mother prepared breakfast for her, Wilhelmina waited until her father had gone upstairs. She turned off the TV and the radio and grabbed a machete that she had stashed behind the refrigerator the night before.  When her mother returned from the bathroom, she attempted to slash her across the throat with the machete and then hacked off three of her fingers.  Her father heard the commotion downstairs and came down to investigate. Wilhelmina slashed him across the right forearm before he escaped from the home through the kitchen door.  The fact the police arrived so quickly confirmed her suspicions that the government plans to kill her.  She is scared.

The Wilhelminas of the world pose a significant threat in hostage-barricade incidents because their personalities are emotional, volatile, and unpredictable.  You are dealing with a person and as such should not be negotiating with a disorder label but rather addressing the observable behavior.  She is frightened, suspicious, distrustful, and out of touch with reality.  She has severely compromised problem-solving abilities which will affect your ability to resolve the incident.  As a result, you need to stay on top of her needs and expectations.  Safety, security and, attitude towards authority are critical considerations for Wilhelminas.

Wilhelmina is just one example of a “crazy” HT.  Others are average people experiencing a personal crisis combined with escalated emotions whose actions are directed at a significant individual or place.  These kinds of cases underscore the importance of distinguishing between Hostage and Non-Hostage events.   Still others are high-risk suicide attempters.  A high-risk suicide attempt is an attempt where in the person has the means to seriously injure or kill someone else.  These are average people, experiencing some sort of loss (real or perceived) and are suffering depression and intense stress.  Because of their constricted thinking the most expedient way to reduce their pain is death.

Mohamed Merah murdered seven people in March 2012, in France.  He was taped talking to authorities in the hours before a gunfight ended his life.  He was a crusader. Crusaders are the people whose behavior is motivated by their adherence to a radical ideology.  Out of this group, we usually find ourselves negotiating with the tactical decision-makers or those tasked with carrying out the tactical decisions.  However, these individuals may be one and the same.  Regardless, each has shown characteristics which can be exploited.  The decision-maker’s self-serving foundation and other anti-social characteristics allows for our engagement with him if he is convinced that it is a: his idea and b: benefits him, regardless of the official cause. The “soldier” is often needy and dependent and therefore more susceptible to traditional rapport building techniques.

There is still discussion about whether we can negotiate with Crusaders due to their zealous defense of the ideology.  Consider this, taken from a Crusader training manual— “Negotiations: The enemy uses the best negotiator he has, who is normally very sly, and knowledgeable in human psychology. He is capable of planting fear in the abductors’ hearts, in addition to discouraging them.  Kidnappers must remain calm at all times, as the enemy negotiator will resort to stalling, in order to give the security forces time to come up with a plan to storm the hostages’ location.  The duration of the detention should be minimized to reduce the tension on the abducting team.”  Not only can we negotiate with them…they are expecting us to.

Revisit Part I or Part II of this series!

Check out more of Derek's articles and learn about his experience.