The Four-Step Process To Get You Better Offers

After receiving an offer, you may be asking yourself, “How do I know I got everything that I could have gotten?”

Winning is a four-step process, and there are off-ramps at every phase—places where you (or your counterpart) can be tempted to settle for less than success. If you want to truly give success a chance to happen, you have to let the full process work for you:

Let’s break down this process so you can confidently sign on the dotted line—without the nervous regret that you may be getting shorted. 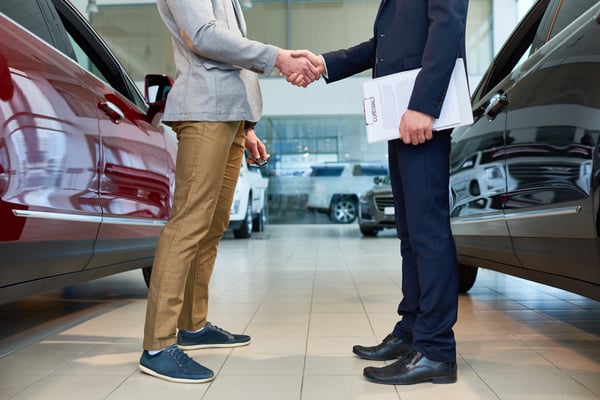 1. Build the environment, be likeable, and create empathy.

We know that people are six times more likely to make a deal with someone they like—this is a common mantra for us. However, being “likeable” is certainly not the same as needing to be “liked.” You’re in control in the first scenario. You’re not in the second.

Additionally, we know that our brains will work up to 31 percent more effectively in a positive frame of mind. Don’t be worried about this having a positive effect on your counterpart as well—you want them to come up with their best ideas for helping you, and to enjoy doing it.

This approach maximizes a version of the rule, “Never be mean to someone who can hurt you by doing nothing.” The flip side of the rule is this: “Everyone you deal with can help you ... if they feel like it.” The first step toward success is building this environment between you and your counterpart.

Create empathy for yourself by getting a “that’s right.”

In addition, you can create empathy by getting to a “that’s right” moment.

After I gave a negotiation session at a conference a few years ago, one of the attendees gave me a brilliant insight that I hadn’t seen yet. He said that when your counterpart tells you “that’s right,” they’re essentially confirming for you that you’ve hit the empathy bull’s-eye with them.

To hear those magic words, start by summarizing the current situation. Make sure you do this from their perspective, and if it’s done correctly, you’ll be rewarded with a “that’s right” from the other party.

Those two words are a trigger that clears you to then take the next step—employ dynamic silence. This is a possible success off-ramp for your counterpart, and you should absolutely give them a chance to take it.

You can do this by saying “I’m sorry ...” followed by a short pause.

Why? Because nothing gets someone’s attention faster than an unexpected apology. They wonder to themselves, “What in the heck is this person apologizing for?” This has the phenomenal effect of totally breaking their train of thought (in a nice way) and riveting them to the next few words you say.

Then say gently, “How am I supposed to accept that?” (Long pause = dynamic silence. Count “one-one thousand” to yourself, and be prepared to go to 10.)

One of two things will happen:

Even in the second outcome, this is actually where you want to get to, anyway. It tells you you’ve done a great job and, in fact, have them about as far as possible.

3. Rescue victory from the jaws of defeat with the killer label.

Then go silent (counting thousands again) and give them time to respond. If they do have any latitude, you’ve now orchestrated a moment that’s going to help you find out.

Here’s the reason why—people hate being powerless. I’ve had customer service people offer me a concession I hadn’t even considered, simply because I used the killer label of, “It sounds like you’re powerless here.” And doing so made them feel better.

After this exchange, it’s imperative that you leave the other party in a positive place. The last impression is the lasting impression. At the Black Swan Group, we call this The Oprah Rule, and it’s a proven method based on the science of people primarily remembering only the most intense moment of an interaction and how things ended.

Unfortunately, this might be the biggest mistake people make consistently. Why do people save a cheap shot for last, or see it as their last opportunity for assertion? That only leaves the other side with a bad taste in their mouth.

Whatever you do, end positively and tell the truth. This could simply be repeating how you might have opened the interaction, or making a truthful statement such as, “I would love to work out a great deal that everyone is happy with.”

The last impression is the lasting impression. Make it positive, and you will seed your success in the best and longest-lasting way possible.