The 5 Roles of a Successful Leader

What does it take to be a successful leader?

It’s not an Ivy League education, it’s not good looks, and it’s not gobs of money, either.

Great leaders are well rounded. They possess a number of skills and, as a result, have mastered the following five leadership roles. 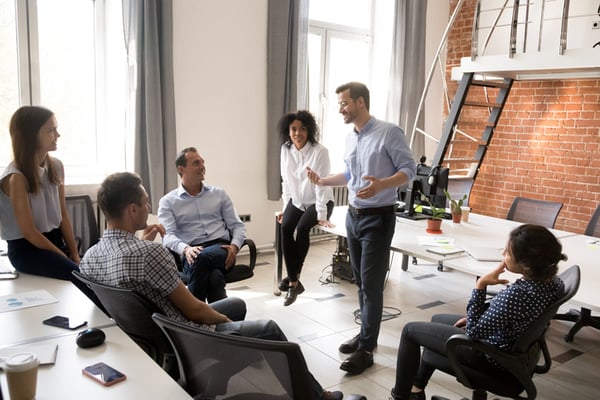 Being a cheerleader—giving legitimate praise for legitimate performance—means being a great motivator.

Recognizing accomplishment—especially in front of other people, whether that’s customers or members of the team—can have a tremendously positive influencing effect. We all want our efforts to be recognized and appreciated. When you laud the accomplishments of your direct reports in the presence of colleagues or your boss, it’s huge.

It’s equally important to be sincere in your appreciation. If a direct report thinks you’re just paying lip service, your actions could have a counterproductive effect.

You see it often in the blue flamers—the folks whose sole mission is to get to the next level. These kinds of leaders understand that they lack institutional experience—and they know that their teams are keenly aware of this, too. So, in an effort to prove their own worth, they take credit when it’s really not theirs to take.

The best leaders are those who are constantly cheerleading, constantly giving credit, and constantly elevating everyone on their teams. In return, they get a team of individuals who would walk through the proverbial gates of hell on their behalf.

The director is one of the hardest roles to play. It involves blade-running. You need to keep your balance. Otherwise, you’ll get sliced.

As directors, leaders are tasked with balancing the demands of the organization with the needs of their direct reports—all without micromanaging. This is as difficult a proposal as there is. How do you maintain balance and stay focused? How do you relay impending organizational changes? How do you prepare your team to hear bad news?

It all starts by deliberately engaging in tactical empathy to demonstrate that you understand how the organization’s change in direction is going to impact your team.

Focus on your people first—and the mission second.

The role of the mentor means that you’re training those under your charge and equipping them with the skills and knowledge they need to follow in your footsteps.

I’ve found that one of the best strategies for being a strong mentor is to jot down all of the great tidbits of advice you come across over the course of your career in a notebook. Refer back to it periodically, and share relevant and timely nuggets when the occasion calls for it.

Bottom line: When you are genuinely concerned about your employees, you take on a servant-type leadership approach with your direct reports, and you’ll develop a team full of quality individuals as result.

Of the five roles discussed here, this is the most important. When you’re a good communicator—and you use your tone and your delivery to get your messages across effectively—everything else falls in line.

Successful leaders, by nature, are fantastic communicators. Whenever problems arise, they make the issue the adversary—and never the person.

The best leaders never impose their will. They know that—no matter what they’re saying—the way they say it is more important than the words they choose. By using tactical empathy, they are able to see things from the other side’s perspective—and then choose their words carefully.

As a leader, you’re going to find yourself in many difficult situations. Maybe you have to tell a star performer that they’re being passed on for a promotion. In the world of law enforcement, it might mean telling someone they can’t have a take-home car—a perk that’s universally enjoyed.

Whenever you’re about to communicate negative news, use labels to defuse that news preemptively. Say something like, this might seem like you’ve done something wrong; but truth be told, we consider you an enormous asset.

And before you say anything, make sure to ponder these words: How much of an extra burden am I putting on my team?

Successful leaders cultivate collaborative environments that ensure that everyone is heard and that their ideas are shared.

On the flip side, when leaders don’t trust their employees to do the jobs they hired them to do—when they don’t encourage their ideas or encourage their input—workers start to isolate themselves and turn inward.

Back in my hostage negotiation days, new ideas and opinions were always expected—especially during events. We’d intentionally create voids in conversations to buy some more time to think. As an added bonus, we’d build a more cohesive team because of it.

The best leaders have essentially mastered each of these five roles.

They’re great cheerleaders, directors, mentors, communicators, and team builders. In return, they get to manage teams filled with enthusiastic employees who go above and beyond.

These direct reports know that they are lucky to have a great leader at the helm. They’re treated with respect and dignity—and they work hard to return the favor.

Check out my book, Ego, Authority, Failure: Using Emotional Intelligence Like a Hostage Negotiator to Succeed as a Leader, to learn more about how you can take your leadership game to the next level.