The 3 Laws of Leverage

There are generally three ways to think about leverage in negotiations:

At The Black Swan Group, we believe that there is leverage in every negotiation.

Leverage is actually a crazy thing. We love having it, and we feel naked without it. Yet oftentimes, if the other side gets even the slightest idea that we’re trying to use leverage on them during a negotiation, they will react and blow up the deal.

To get the outcomes we desire, we need to prevent that from happening. That starts with learning how to “hack” leverage. 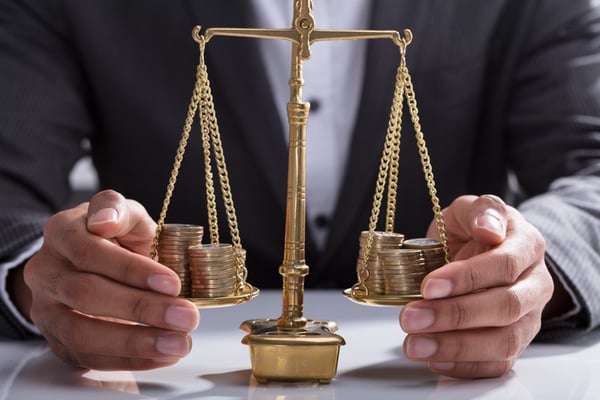 How to Hack Leverage

Leverage, like beauty, is in the eye of the beholder.

If we were to write the book over again, the section on leverage is one of the only things we’d actually change. We’d go into a nuanced discussion about the ideas behind leverage, which are often perceived as a way to either inflict harm or withhold gain.

In fact, misconceptions about leverage are actually the reason hostage negotiators exist in the first place. Here’s a statement that carries leverage:

Over the centuries, those words have led countless people to choose death because they strike at the heart of the essential human need for autonomy. Hacking leverage is easier than you might think.

Successful negotiators are able to apply leverage in a smarter, more direct manner. The best ones end up getting out of the leverage mindset altogether and shifting into the realm of influence and persuasion.

Maximize Leverage by Focusing on Influence

Leverage is influence, and influence is leverage. The more influence you have in a relationship, the more leverage you have. So how do you maximize your influence and, therefore, your leverage? Get the other party to say “that’s right.”

That little bit of agreement can go a long way toward ultimately convincing the other party yours is the best way forward.

Getting the other party to agree with you (i.e., a “that’s right” moment) isn’t necessarily as hard as it might sound. All you have to do is summarize their perspective—especially the parts you don’t like.

Remember, their perspective isn’t the truth. But it’s their truth. Even the parts you don’t like.

Using tactical empathy in these negotiations changes the game. All of a sudden, it’s no longer win-lose leverage—which is an old and boring game, anyway. Instead, the game transforms into trust-based influence—your trust-based influence. What does this look like in real life?

In Never Split the Difference, I tell the story of how I ended up with my beautiful salsa red pearl Toyota 4Runner at a fantastic price. Long story short: I went into a dealership on a Friday afternoon because I figured the team was worn down and it was a good time to get a deal.

I started with a low offer, but not one that was so low it could be offensive. The salesperson ran away but came back a few minutes later. I was as nice as I could be to him, sharing what a great vehicle it was and how it was worth so much more than I could pay. and got him to offer a reduced price.

It wasn’t as low as what I had suggested, though. So I told him that, while I was embarrassed to say it, I couldn’t pay the price he proposed. This process repeated itself a few times, with the salesperson coming back four separate times with lower prices. In each instance, I said I couldn’t pay that much.

Eventually, he offered the price I suggested. A few days later, I bought the car for the price I wanted to pay. Years later, it’s still a great car.

Take a look at this video to see how one of our readers, Joe, used this same tactic to buy a car of his own at an amazing price.

Get Your “That’s Right” Today

Test-drive this approach as soon as you can.

Challenge yourself to collect three that’s rights over the course of the day when you’re engaging in low-stakes conversations. Maybe you’ll ask about their reactions to whatever was on TV last night, or maybe you’ll talk about the challenges they’re facing today.

This isn’t an exercise in futility. It’s low-stakes practice for the high-stakes negotiations you’ll face tomorrow.