The 1st Deadly Sin of Negotiation and How to Defeat It 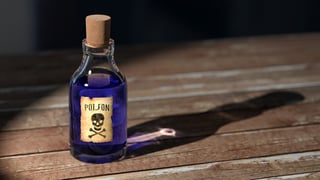 Lust.  One of the 7 deadly sins of life and the first Deadly Sin of Negotiation.  It’s a powerful poison for a reason.  Lust is the dangerous alchemy of love and fear combined.  You love, yearn, crave something and at the same time you fear losing it so much you close your ears, eyes, and mind to everything that threatens it.

You lust for “yes”.  You become its stalker.  And you let it take you hostage.

How does this play out in what you do? The first sign of hearing anything that resembles “yes”, you want to cease the negotiation and run home (or back to the office) to declare victory.

How to protect yourself? There are 3 methods.

First: Learn that “Yes” is the last thing you want to hear.


Second: When you do get “yes” test it for forgery.

You: “So I heard you say ‘yes’ but, it seems like there was some hesitancy in your voice?”


Does it seem counter-intuitive to try to shake your “yes”? You’re darn skippy it does.  But please ask yourself – “Do I really want to bet my future on a ‘yes’ that’s not firm?”

In reality, there are 3 kinds of “yes”: confirmation, commitment, and counterfeit. People are so used to getting led into a “commitment yes” trap by the “confirmation yes”, they get really good at giving the “counterfeit yes”.

You need to know if this is being done to you.

Third: “Yes” is nothing without “how”.

So you’ve gotten your “that’s rights”, you’ve 3+’d your “yesses”, now how are you going to make it happen?  “Yes” is nothing without “how”.  Implementation is where the money is made.  Profit doesn’t happen when a deal is inked – it happens when the deal is implemented.

I’m completely convinced this is why roughly 50% of the deals that are agreed to by many companies don’t go through.  The negotiators involved get to “yes” without weeding through the terms and conditions.  Then the implementers on either side of the deal within the company say, “What!? How are we supposed to do this?”

Raise your deal-implementation batting average well above all your competition by getting to the “how” before everyone else does.

Lust.  Tame it and make it rain.