The #1 Tactic For Negotiating With Someone More Powerful Than You 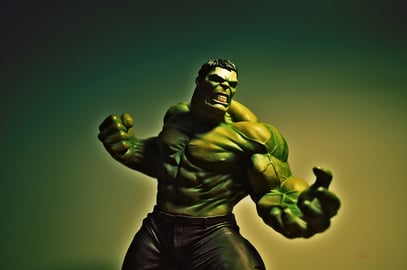 It’s how I gained the upper hand on international kidnappers.

How do you negotiate with someone more powerful than you? You use strategically applied deference in the form of “How?”. Then make solving your problem the path to their goal.  This is really one of the central premises of my book Never Split The Difference - Negotiating As If Your Life Depended On It and I’m happy to share it here.

If they’re talking with you at all, they want something from you.  You have leverage.  It’s one of the reasons The Black Swan Group has always said,“There is always leverage.”

So, if you’re in a negotiation at all, you have leverage.  Even if their only communication from them is to threaten you.  It sounds ridiculous but it’s true.  They’re communicating. You may even have leverage if the negotiation hasn’t “officially” begun, if you’ve identified something they want.

Let’s turn leverage on its head.  Who has the leverage (power) in a kidnapping?  Most people say the kidnapper.  But, please consider these two things: How many buyers does the kidnapper have?  To win a negotiation, you have to win in their world.  In their world kidnappers are simply commodities dealers.  To us it’s a horrific experience; to them it’s a commodities deal.  I’ve even had kidnappers describe themselves to me as buyers and sellers of a commodity.  With one buyer in the whole world, who has the leverage?

Next, the kidnapper has something we love (our friend or family member) but we have something they lust for, money.  I’d suggest that lust is the stronger driver.

The negotiator who  sees themselves as more powerful is often in a rush to exert control. Once we use deference to let them feel in control, they are often caught a little off balance (in a way that favors us) and they drop their guard.  Asking a “How?” question is a great way to give a more powerful counterpart the illusion of control.  It makes them feel in charge.  And powerful people love to answer the “how” question.

The great thing about a properly constructed “How” question is that it causes the person being asked it to stop and think about it on a number of levels, often causing them to take a look at you in a way that we call “forced empathy”.  They don’t even know what you are doing to them.

“How am I supposed to do that?”

“How does this fit into what the objective is?”

“How can I help you get what you want if you don’t put me in a position to do so?”

These are just a few examples of effective “how” questions.  And the key to them all is asking them with a deferential tone of voice.  There is great power in deference.

“How am I supposed to do that?” is one of my favorite ways to say “no”.  Now, I know what you’re thinking – you’re thinking they’re going to raise their voice and say, “Because you have to.”  That’s actually where you want to end up because that tells you that you’re pushed them to their limit without them breaking it off and walking away.  (Which by answering you they haven’t done.)

The first time (or second) they will respond with some sort of wiggle room.  One of my USC students was bargaining to lease a home in the Hollywood Hills.  It’s a very strong real estate market with lots of demand.  The broker has all the power, right? But is there still room to negotiate?

The first, “How is my client supposed to pay that?” was met with a concession in terms.  This was followed by a paraphrase and a mirror (simply repeating the last 1-3 words, or a selected 1-3 words).  The negotiation continued on other terms until they came back to the price term.

Again, “How is my client supposed to pay that?”  Answer: “Well if your client wants to live there, they’ll have to pay it.”  The answer was just simply stated as a matter of fact. No anger.  Just a statement. And, bang, a done deal.

The “How” question found what room there was to be had and is one of the most powerful methods to both negotiate with a more powerful counterpart and find out what else there is on the table.

Get "Never Split The Difference"  here or join us for a one day seminar on June 10!