The #1 Key To Giving Yourself Negotiation Superpowers 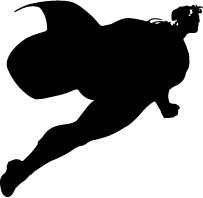 To quote legendary extreme skier/BASE jumper, Shane McConkey “What I do on the hill is find an interesting way to do something fun.”

Here’s how to begin making it work for you in negotiations.

Call your cable and internet provider with only the intention of having an interesting conversation in a fun way. No expectations. Just a conversation.

I did. I ended up cutting the bill by $100 per month. And I got some good, free negotiation practice, and practice setting up the flow.

Leave behind complaining or confrontation. No win/lose objective involved, or a goal of pointing out to them how they are treating loyal customers like ATM cash machines, while simultaneously wooing new customers with great deals they won’t give me. None of these things (though true) will help.

If there were nothing they could do for me, I’d express gratitude for the person’s time and make them feel good about having the conversation.

Have an interesting conversation in a fun way.

You may recall The Black Swan Group philosophy – “Never be mean to someone who can hurt you by doing nothing” (which is, in reality, everyone you deal with).

Everyone you deal with could help you with something if they just felt like it.

What I told the customer service person is I just wanted to see what was going on with my bill and if there were any discounts they could apply.

He initially started the normal approach they use to maintain their prices when he started asking me about services I could drop to cut the bill. This is simply the application of Prospect Theory, and it’s one of the 1st things sales people learn as a way to protect price – cut features or benefits.

Since the human nature aversion to loss is unavoidable – this is very effective.

It’s Nobel Prize for Behavioral Economics winning theory. (Daniel Kahneman & Amos Tversky articulated the theory though by the time the Nobel Prize was awarded Amos Tversky had died of cancer and didn’t receive the award.)

We discuss Prospect Theory in “Never Split The Difference” in the Chapter titled “Bend Their Reality.”

Daniel Kahneman’s book is “Thinking Fast & Slow” for a more in-depth look. (If you want to take a really deep dive into the history Daniel Kahneman and Amos Tversky – the book “The Undoing Project” is a great read by Michael Lewis – the same guy who wrote “The Big Short” and “Moneyball” – among other books.)

William Poundstone wrote a fun book called “Priceless: The Myth of Fair Value (And How To Take Advantage Of It)" – which I used to always assign portions of in the Negotiation and Dealmaking Course I taught at USC’s Marshall School of Business. Mr. Poundstone talks a lot about Daniel Kahneman and Amos Tversky (among other things) in “Priceless, ” and it’s worth having in your library.

Reed Holden uses this strategy extensively in his negotiation book “Negotiating With Backbone.” Reed calls these “Give/Gets.” I like Reed’s book a lot, and it has some great insights.

Why do so many smart people use this or learn from it? Because you ignore human nature at your peril.

Back to my cable negotiation.

I just said: “No. Thanks. I appreciate it.” In a really nice way. And kept asking him if there were any other deals or discounts. And also saying “I guess there’s nothing you can do….”

This leads me to where I needed to be. The cable rep had invested some time with me and had nothing to show for it. They don’t get great evaluations for having phone calls where they’ve come up empty.

Now we’re at the point where he’s inclined to find something for me, but only because he feels like it.

There were several conditional, short term discounts he had. Why did I take them?

Negotiation is a perishable skill. I’m going to want more discounts in three months, and I’m going to call back & get those too!

If he hadn’t found anything for me? Well…ok! I went in with only the expectation of having an interesting conversation in a fun way. A no-lose situation because I was at least going to get in some free practice and therefore increase my ability to tap into “flow” for when I really need it.