Negotiating When They Are Not Talking 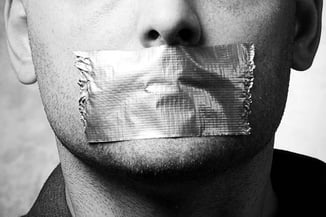 Sam Felder (not his real name) had barricaded himself in his home.  Suffering from hellacious migraines and post-traumatic stress, he told his wife he could not take it anymore.  Sam loaded his handgun and told her to leave.  She complied, ran to a neighbor’s house, and called the police.  Police attempted to negotiate with Sam for close to 10 hours.  It was the end of June and sweltering out.  The agency managing the incident elected to cut power to Sam’s home.  It was done, I was told, because Sam had been using power tools to barricade himself into the basement of the home with planks and 2x4s.  Not sure if it was a move I would have made based on the circumstances but it was done.  The managing agency reached out to my team for mutual aid support.

Upon our arrival, we learned that there had been minimal dialogue with Sam during the 10 hours. The power was restored to Sam after, by way of written note, he promised to resume dialogue.  When power was restored, Sam took a power drill to the original agency’s throw phone and destroyed it.  So much for negotiating by phone.

We moved into the garage of the crisis site and began one-way dialogue via the intercom system on the garage wall.  Sam would not talk to us but would respond from time to time by writing something on a piece of paper, taping it to a hard but small object and throwing that object from a window.  This required the SWAT team to put together a “note rescue team” to recover the note.  They then scrambled back to our location.  We read and analyzed the note, relayed what it said to the negotiator who responded to Sam on the intercom.  Not great but at least he was “talking”.  This went on for about 90 minutes before Sam stopped writing.

The SWAT team, during one of their note rescues, dropped a hailer near the basement window and a new negotiator (Sam had written on one of the notes that he was tired of listening to the first negotiator) began to speak with/at Sam through the hailer.  Several of the other team members had gathered around a video display to watch a feed from technical assets that had been introduced into the crisis site.  We could see Sam’s stomach (he was a large man) protruding from a wall in the basement where he was trying to conceal himself.  The negotiator latched onto his prior military service with themes of honor, courage, duty, and pride.  He maintained this even though there was no response from Sam.  As the one-way dialogue continued, the negotiator began to label the fear, mistrust, pain, confusion, and frustration Sam appeared to be feeling.  Sam began to lean out from behind the wall where he was hiding, turning his head in the direction of the hailer.  Sam was wearing an M-17 gas mask but it was clear that the negotiator had made a connection with him and he was listening.  Sam stared in the direction of the hailer as the team encouraged the primary to stay the course.  Sam fully exposed himself and was completely engrossed by what was coming out of the hailer.  Though he made no verbal statements to the negotiator, his body language spoke volumes.  Eventually and without conversation on his part, Sam un-barricaded himself from the basement and came out.

One of the most difficult things for a negotiator to do is to talk to someone who is not talking back.  It takes focus and practice to use labeling techniques based on the situation as presented and intelligence provided.  The emotions that the negotiator identified made all the difference.  Fear—the police surrounding his home.  Mistrust—he had sought out relief from PTS and migraines from people who were supposed to help but didn’t.  Pain—the migraines.  Confusion—he had not committed suicide in the 18 hours police had been on the scene.  Suicide no longer appeared to be an option for Sam.  He was in the “Now what?” phase.  Frustration—the entire incident and the factors leading up to it.  Whether the person in crisis is speaking or not, our job is to re-package what they give us and give it right back to them.  Emotion labeling without dialogue is a powerful demonstration of empathy.