Just Talk To Him 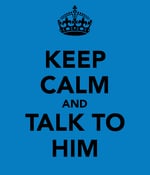 MOREPIES.  It’s the acronym developed by the Crisis Negotiations Unit of the FBI in order to help negotiators remember the eight skills in the Active Listening Skill (ALS) set.  It stands for:

They are, or at least should be, the foundation upon which successful negotiators base their communication.  Since we learn them in a linear fashion, the tendency is to use them in a linear fashion.  I have seen negotiators, after using a Minimal Encourager, force an Open-Ended Question and then ham-handedly segue into a Reflection, and so on.  It makes them sound rehearsed, robotic, and insincere which has an adverse effect on trust and rapport.  I have wanted to scream, “Just talk to him!”

Since it happens quite often, I recently assisted with the production of some enhanced ALS training that put hostage negotiators into difficult conversations that were not hostage/barricade related.  It was done to encourage a more conversational use of ALS and to drive home the idea that complete strangers will open up when ALS is used in a sincere manner.

The four different scenarios were developed involving conversations that will probably occur between people hundreds of times today alone.   One involved negotiating over the price and necessity of auto repair.  The other dealt with a contentious relationship between co-workers.  The third involved a reluctant witness and the fourth was a conversation between two people in a bar about a tablet device.  These situations forced the negotiators out of their comfort zone of high stakes problem-solving into just having a conversation with someone else.  Using ALS, they were able to delve deeper into the world view of the other person and understand the “back story” behind the behaviors, perceptions, and motivations.

In the first scenario, the “mechanic” had merged the list of desired repair work with a list of his own “must-have” repair work that was going to A) exceed the participant’s budget and B) take longer to complete.  The “mechanic” was short, terse, and often condescending to the participants.  Keeping their own emotions in check, each participant used ALS to discover that today was the anniversary of the death of the “mechanic’s” father whom had passed away two years ago from lung cancer after years of heavy smoking.  The “mechanic” was very close to his father and viewed him as a role model. Despite this, he felt as though he had not lived up to his father’s example. The “mechanic” works very hard, but often misses his kids’ events. The shop is very unforgiving when it comes to time off. He was fearful that if he pushed to leave early, take sick leave, etc., he would lose his job…and it goes on and on.  The more the participant demonstrated a conversational use of ALS; that is to say, picking their spots, the more “reward” (information) they received.

Because the settings were not crisis related, each participant was forced to use the skills in a conversational manner.  Their performances were phenomenal and it helped them understand that conversation between two people should be viewed as a stew with ALS being the seasoning.  You sprinkle it here and there to enhance the flavor.  It reminded them that at the end of the day, we are just talking.