How To Unlock The Floodgates of Truth Talk 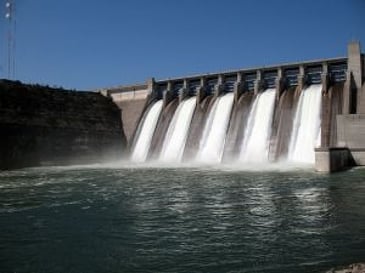 How do you unlock the floodgates of truth talk? With questions? Surprisingly…no!

Not with questions. At least, not with open-ended or questions that are meant to be answered with a “yes.”

Your best tools are statements based on observations. Labels and cold reads. They extend thought processes, helping people open up the flow of what they are thinking and causing them to say it out loud.

Is it crazy to think this would work for you and your unique situation?Here’s one label that Los Angeles area real estate broker Kendyl Young and her team are using in open-houses for residential real estate. They will use it after a twosome has walked through a house discussing it:

“It looks like you had a lot to talk about.”

Kendyl has described this approach as opening up the floodgates of truth talk.

Before they would ask a good calibrated (open-ended) question such as “What did you think?” or “How does this house work for you?” This would often be met with some information. But not a lot. Certainly no opening of floodgates.

When she and her team switched over to labels / cold reads such as the one above – they’ve started getting responses like: “Oh yeah!!!” and then a deluge of what the prospective buyer’s thoughts were.

The Black Swan Group is defining a “cold read” as an observation you can make of the situation before anything is said by your counterpart. It can be an observation of physical actions, body language, or predictable responses to the circumstances at hand.

It can be adding up the facts as known and stating a hypothesis, as opposed to asking if something is true.

A number of years ago, I was interviewing an informant with my partner in the FBI. The informant had far too much detail about the robbery of a video store to have not been a participant. He was telling us the story, claiming that it had been told to him by the target of our investigation (the robber).

When it occurred to me what the truth was I didn’t ask a question, I stated, “You know this much about the robbery because you participated in it.”

I didn’t say it as an “aha!”. I didn’t state it as an accusation or a “gotcha!”. I just said it quietly as a simple fact, with a downward intonation in my voice.

He hesitated for a moment and quietly said,    “Yes.”  I still remember the shocked look on my partner’s face as he stared at me.

I’d done this wrong in the past. I once participated in an interview of a drug dealer. We were looking for his brother. We showed him a picture of his brother, and I asked him if he knew who was in the picture.

“This isn’t your brother?”

Later, in the same interview, I got frustrated and simply said:

“I’m not asking you, I’m telling you, I know this is your brother.”

People react differently to statements than they react to questions.

Both the good thing and the bad thing about a good calibrated question is that it makes people stop and think. (Calibrated questions are primarily questions that begin with “What…?” or “How…?” – they are not questions where we are hoping for a confirmation of a “yes”.)

You can apply this idea to any situation where you want to encourage who you’re dealing with to simply open-up.

Brandon Voss does this all the time with people who call The Black Swan Group to inquire about training.

Prospective client: “So give me your sales pitch.”

Brandon: “It seems like you got a lot of problems you’re trying to solve.”

Kendyl and her team even brainstorm cold-reads together. They talk about typical things they frequently see when buyers come through houses and then come up with cold-reads to use.

They use them and then report back to the rest of the team the results.  Very smart!

After a while, no matter what your circumstances are, you can probably pretty much describe the 5 – 7 types of potential clients you see the most frequently. That’s what intuition and experience are all about – getting a good feel for your typical challenges.

Come up with some and try them! Find your own ways to unlock the floodgates and create great relationships.