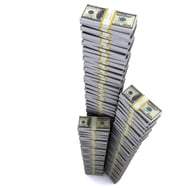 Jimmy Iovine is the business partner of Dr. Dre (American rapper, record producer, and entrepreneur). Iovine cut the deal that sold Beats to Apple for 3 billion dollars. The story of how they got there is the subject of the phenomenal HBO documentary special “The Defiant Ones.” I had to watch it 3 times to begin to catch the nuances of a Iovine’s brilliant style.
Iovine is a college drop-out Italian working class guy from New York City. On the career journey to the Apple/Beats deal, he has successfully negotiated with the “Who’s Who” of the music business, from Suge Knight to David Geffen, none of whom are pushovers. Most of them were interviewed for “The Defiant Ones.” Even they had trouble describing exactly Iovine’s negotiating style – sticking mostly to adjectives of appreciation. Here are some of what it took me several views begin to see:

What would happen if the worst thing you ever said about or to anyone was:
“What… are you crazy?”

At the beginning of the documentary, the producers show how the Apple deal was almost blown by a leak (it’s worth watching for this alone). will.i.am describes Jimmy Iovine’s reaction to the leak. “I can just hear Jimmy now…What…are you crazy?!” and it fades into Jimmy saying the same thing.

Most of our negotiation problems and relationship damage occurs when we’re angry. 1st, to lessen this, we try to learn to criticize the actions and not the person. Easier said than done.

2nd, even if we manage to pull that off, we may add so many expletives and harsh descriptors of the actions that we inflict damage anyway. “That was an idiotic thing to do” for example.

Throughout the 4 parts of the documentary, I don’t remember Iovine having anything to say about anyone, whether to their face and discussing them with others, worse than “crazy.” Not “stupid,” “reckless,” “idiotic,” nothing. It’s as much about what he doesn’t say. This is a subtle genius. Even charming in a way.

Bono (entrepreneur, philanthropist and lead singer for the rock band U2) describes Iovine as having “this brutal honesty” and says a lot of people don’t like it. Knowing that throughout the documentary you get to hear Iovine talking. His tone of voice reeks of gratitude and appreciation, even “fun.”

Derek Gaunt has said many times that if his hostage negotiators just practice a great voice, things are probably going to turn out well.

These traits begin to then enhance each other. Imagine an appreciative, supportive tone of voice without any really damaging adjectives and you begin to acquire the ability to be (brutally) honest.

How much persistence you can get away with using…empathy!?

One of the great negotiation coups that Jimmy Iovine pulls off on his long journey to the Apple deal is a partnership he creates with Steve Gottlieb (founder of TVT Records) for the band Nine Inch Nails. Trent Reznor, the leader of Nine Inch Nails, is described as being very unhappy with Gottlieb. Iovine (a competitor/founder of his own record label Interscope) talks his way into this business relationship and becomes part of turning things around with Reznor.

When Gottlieb is asked about how Iovine does this, he hesitates, struggles for an explanation and then says “awwwww….empathy!” To Gottlieb, this quality is both magic and somehow undefinable. He can’t quite put his finger on it. Exactly.

When the Apple deal has the potential to fall apart, as will.i.am is again discussing it with Iovine. Iovine says to him “We could potentially lose this…but it’s the horse I rode in on.” There's an incredible loyalty and appreciation here (while I might have been tempted to use some choice adjectives to describe the mistakes). You could read a lot of things into this (and you’d probably be right) about spiritualism, frame of reference and even qualities that I’ve read are demonstrated by samurai (acceptance). An important point is also the avoidance of judgmental/accusatory adjectives.

The last impression is the lasting impression.
“They stayed true to who we always knew they were.”

Apple doesn’t use the publicity as a reason or an excuse to blow the deal. (Their deal-makers are well known for hating this sort of publicity.) Iovine simply says. “They stayed true to who we always knew they were.” How brilliant is that? What a perfect to wrap up a negotiation and pave the way for continued success. The last impression is the lasting impression.

Always finding a way to end on a positive note is something we at The Black Swan Group put heavy emphasis on. There are studies that indicate that while a 1st impression is more important than what occurs in the middle, the last impression is what’s remembered.

We often describe it as The Oprah Rule as it’s a hallmark of Oprah and the people that work for her. It’s not surprising to find another self-made billionaire practicing it as well.

For some more insight on Jimmy Iovine read Adam Grant’s interview of him in Esquire.