How to Develop Your Mindset Before a Negotiation

In a previous post, we outlined the important role mindset—the set of attitudes, beliefs, and assumptions that governs your behavior—plays in negotiation.

When you head into a negotiation expecting that there won’t be any issues, you’ll be knocked off balance when issues invariably rear their ugly head.

On the other hand, when you head into a negotiation expecting that there will be issues, you’ve come in with the proper mindset for navigating whatever obstacles arise with agility and dexterity.

Understanding the importance of mindset is one thing. Knowing how to develop your mindset before a negotiation is quite another. With that in mind, here are four steps that can help you get into the right frame of mind before you sit down at the table. 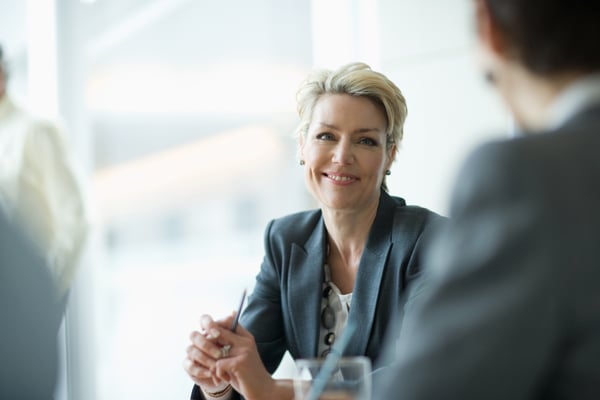 Step No. 1: Make a Decision

Whether you’re trying to kick a drug habit or learn a foreign language, the first step in the process is genuinely deciding to make the decision on your own. If your original decision is made simply to appease someone else, it’s that much harder, if not altogether impossible, to get the results you’re gunning for.

So first things first: Are you determined to change your approach? Or are you simply trying something new because you want to develop new skills on account of seeing other people cutting good deals?

Though those two notions might seem similar, they don’t come from the same mentality. If your goal is truly to develop your mindset before a negotiation, you need to consciously make a decision to change your approach—and be fully committed to doing that.

Step No. 2: Focus Your Determination

When you’ve decided you want to develop your mindset, the next step is focusing your determination. It’s not Maybe I should try to use one of the Black Swan tactics I’ve been hearing so much about. Instead, it’s I will begin this negotiation with an Accusation AuditTM and then use Tactical EmpathyTM (TE)TM, LabelsTM, and MirrorsTM to get the other side to sell themselves.

It’s all about putting together a specific plan and making sure you execute it. Thoughts are cheap. Actions matter.

Even if you’re really determined to learn that new foreign language, it’s not actually possible for you to get really good at it overnight.

You’re going to have to screw up many words before there’s even a possibility that you can become fluent. Just think of a non-native English speaker having to learn the differences between meet and meat, one and won, and their, there, and they’re, for example.

As you begin trying to develop your mindset before a negotiation, you need to be willing to make mistakes no matter what. Think about how many shots Michael Jordan missed before he made a game-winning shot, how many incomplete passes Joe Montana threw before developing masterful chemistry with Jerry Rice, and how many times Reggie Jackson struck out (hint: 2,597, the most of any baseball player ever!)

You’re going to screw things up. That’s perfectly fine. No one is an expert at anything new right off the bat.

Step No. 4: Know You Have to Get the Repetitions In

Science says you need something like 65 repetitions before a behavior becomes a habit. When the synapses fire together, they wire together. So, after deciding to change your approach, outlining specific goals, and understanding that you’re going to make mistakes in the process, it’s time to look for opportunities to get your reps in.

The best part is that you don’t have to wait until you’re at the table to practice your new approach. At Black Swan, we’re huge proponents of low-stakes practice. Look for opportunities to approach a situation with your new mindset so that not a whole lot hangs in the balance when you’re trying something new.

Whether you’re ordering coffee from a barista, talking to a mechanic about car problems, or hopping on the phone to talk to your cable provider, there’s no shortage of low-stakes scenarios you can use to develop your mindset and sharpen your negotiation skills. That way, when you find yourself in a high-pressure negotiation in which things are actually on the line, you’ll have the mental muscle memory needed to get the outcome you’re aiming for—and without splitting the difference.

Now that you’ve got the right mindset to bring to the table and guide you through the process, it’s time to level up and understand why the best agreements aren’t built on compromise. Check out our free guide, Never Split the Difference: Negotiating Contracts, to get better outcomes the next time you enter into a negotiation.