How to Demonstrate Leadership During a Crisis

The way someone acts during a crisis is a telltale sign of whether they’re a good leader or a mediocre one.

In the world I came from—the world of hostage negotiations—frequently there was a crisis. I had people under my charge who were tasked with executing my game plan and in order to get the outcomes we were aiming for, I knew I needed to maintain my composure.

Here are five tenets that helped me do exactly that. 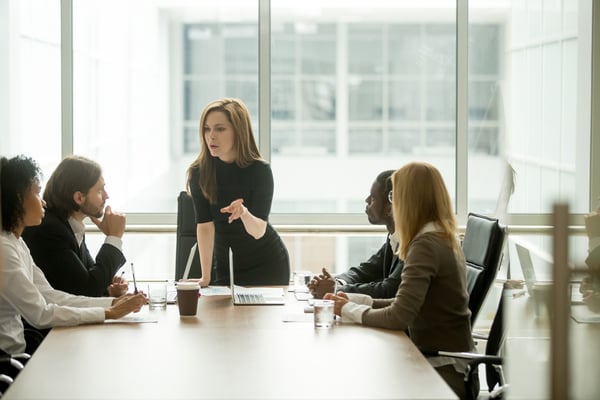 Being able to demonstrate leadership during a crisis starts by preparing ahead of time. Know that you’re going to be emotionally triggered at some point during the crisis—and have an idea about how you’re going to handle that.

As a leader, you’re going to feel the brunt of difficult emotions and stress during crises. When you’re not prepared to respond, those challenges can lead to negative emotions—which influence behavior and decision-making, and not in a good way.

If you’re wondering how to demonstrate leadership in a crisis, mentally prepare by staying curious. It’s hard for you to react in an emotional manner if you are genuinely trying to learn as much as you can while you’re managing the crisis.

More specifically, it’s almost impossible for you to be angry, frustrated, or scared when you’re curious.

2. Accept the Fact that You’re Going to Be Attacked

The best leaders understand that someone is going to attack them during crises. For example, someone on your team might do something ill-advised and you’re going to have to clean up their mess. On the other hand, your own superiors might be breathing down your neck, turning the screws because they want you to mitigate the crisis immediately.

During crisis scenarios, great leaders understand that the crisis itself is the problem—not the people associated with it, regardless of how they act.

It’s the leader’s job to turn everyone on the team into an efficient problem-solving organism—not let tempers get the best of them.

When you’re in the middle of a crisis, there are three things your direct reports want to see from you: projected sincerity, genuineness, and confidence.

Everyone on your team is going to be looking at you for reassurance and for the next step. If they see fear and hesitancy on your end, it’ll create the same emotions in their own heads.

Be honest and realistic about what you’re facing and what the team is going to do to correct it. Don’t try to downplay the crisis and say it’s a minor thing.

The most effective leaders are able to strike the fine balance of not invoking fear while not understating the magnitude of what’s happening.

In the midst of a crisis, make a decision.

There’s nothing worse than a leader who appears to be indecisive. At the same time, that doesn’t mean you need to rush into making a decision. To paraphrase something legendary UCLA basketball coach John Wooden often said, be quick —but don’t hurry.

Rushing into a decision is often a recipe for disaster. Take your time, survey the evidence and then decide.

Sometimes, that decisiveness might require you to recuse yourself from the situation—or to make sure people who are too close to the situation aren’t involved in remedying it.

For example, in the hostage negotiation world, I would never put a direct report whose brother shot himself within the past year on the phone with someone who’s threatening to do the same.

In addition, you need to be flexible.  Although you need to be decisive, consider several options. Don’t get married to one solution and forego input from elsewhere that says there may be a better course of action. Some leaders are afflicted with ego and authority to the point that they don’t want to take input from other people—even in the face of overwhelming evidence that they should.

Bottom line? Leaders are most proficient when they are decisive and flexible.

5. Do What You Can to Control the Chaos

As a hostage negotiation commander, I started to control the chaos on the way to the scene. Given the immediacy of a crisis, people are going to be running around with their hair on fire. My job was to start settling everyone down before I even got there.

In the workplace, it’s the same thing. When a crisis rears its ugly head, leaders need to act to mitigate the chaos and confusion. In pursuit of this, there’s often something that needs to be done as soon as the crisis appears.

Case in point? When news of the Pulse nightclub shooting in Orlando broke, Disney CEO Bob Iger found himself 5,000 miles away in China. He immediately started thinking about how Disney employees would almost certainly be affected by the crisis—and began trying to control the chaos from Shanghai.

What to Do the Next Time You’re in a Crisis

All too often, crises spawn negative emotions—the kind that get in the way of our objectives.

When crises occur—and they definitely will—you have to be quick. But you also have to process all of the information and make a calculated decision while keeping your emotions in check.

When you tell your employees that the sky is falling, they’re going to mimic that mindset. So be genuine, call it what it is, and stay positive. That’s what your direct reports need from you in order to accomplish the task at hand—and accomplish it well.