How Little Can You Give and Still Get What You Want?

Most people head into a negotiation figuring out what they need to compromise on. They do their best to try and determine what little material thing they need to give up in order to get what they want.

That approach is based on compromising your position—selling out in the moment to get some sort of short or long-term gain.

Contrary to what many people think, the fact of the matter is that you don’t have to give up much of anything to get what you want in a negotiation. And what you do have to give up is something intangible, which comes in the form of empathy. 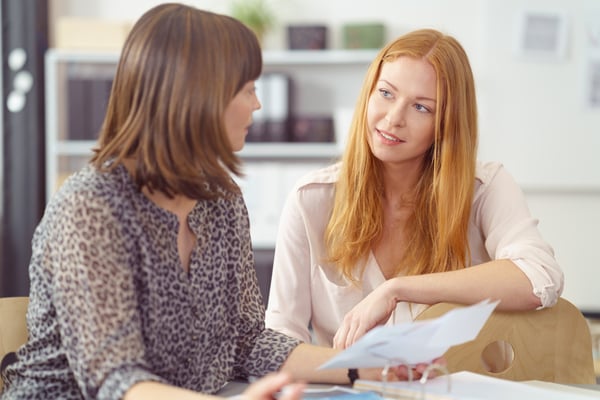 Let’s say your buddy has a red crayon that you want. You have blue and yellow crayons, and you want the red one so you can make more vibrant drawings. In such a scenario, many people think that they would need to trade either the blue or yellow crayon to get the red one. A crayon for a crayon seems fair, right?

Your goal should be keeping the blue and yellow crayon and getting the other side to give you the red crayon, too. Doing that requires the ability to articulate the individual’s understanding from their perspective, which is the definition of empathy. The strongest reciprocity dynamics are sparked through mutual understanding not material gain or compromise.

Tactical Empathy™ to the Rescue

Using Tactical Empathy™—the decision to proactively recognize your counterpart’s perspective and vocalize that recognition—it’s possible to make the other side know that you see things the way they do. When you’ve arrived at that understanding, this individual will be more inclined to give you what you want simply because they’ll feel as though you “get them” and they’ll want to oblige your request.

At the end of the day, we all want other people to understand us.

The difficult part of giving up empathy, though, is that your ego and pride often get in the way. In fact, ego and pride are the only things that are standing in the way of being able to see what the other side sees. When the other side has a different opinion than you do, your ego starts telling you that there’s no way your counterpart should have that perspective.

Your inner voice might say something like this: I can’t believe we’ve come this far and that’s still what this person thinks.  This same concept also applies to the masses and more specifically the politically charged ones.

When you give up your own ego, you get to the point where you understand that what the other side says doesn’t actually  have to make sense. You just need to be able to articulate that understanding. As a general rule when there is a difference of opinion at all the other sides perspective probably won’t make sense to you.  That doesn’t negate the fact that in order to really move forward it is going to require you to articulate that point of view accurately.

Why Do We Think We Need to Give Things Up?

Where does this notion that we need to give something up in a negotiation come from anyway?

Blame Hollywood; it’s something we see in the movies. The ideas of negotiation grandeur explored in certain films are all centered on giving things up in order to get something back. People want to trigger reciprocity, and if I give something up, so should you.

But the fact of the matter is that—besides empathy—you just don’t need to give anything up to get what you want. Successful negotiation all comes from your ability to understand what the other side is saying and express those sentiments in an open way that resonates.

That said, there are a few times when you might want to give a little something up. For example, in Never Split the Difference™, Chris Voss describes the process of negotiating with terrorists. As he got closer and closer to a resolution, he might offer something like a new stereo or a new pair of sneakers as a way of saying, There’s nothing more we can give you monetarily.

In the moment, you’re indicating there’s no more movement on the term or price point. So you throw in a throwaway—we’ll give you some swag or I’ll buy you a six-pack—just to sweeten the deal ever so slightly. Aside from empathy, this should be the only time you actually give something up.

Some people think they might be able to come in with a high anchor even though they are willing to accept much less. That way, they can “give up” money they weren’t really planning on getting in the first place to get what they want, so the thinking goes.

The problem here is that you will never know whether your anchor is high enough. In most cases, you’re making a blind assumption on the price point, and there’s no way to be sure whether you’re coming in at the right place or your counterpart was willing to pay much more.

Bottom line? Stop thinking that you need to give up anything material to get what you want in a negotiation. Force yourself to operate with Tactical Empathy, ditch the notions of reciprocity and anchoring, and you’ll experience better outcomes every time you sit down at the table.