How Leadership Failure Can Look Different Than You Might Think

To many, leadership failure looks like a toxic boss scolding their employees and causing a mass exodus.

But true leadership failure comes in other forms.

For example, when organizations don’t understand the value of empathy.

In reality, most people don’t have a true appreciation or understanding of Tactical Empathy. To them, empathy is a buzzword. It’s something they picked up in HR training six months ago—but not something they actually put into practice and execute.

In my book, I highlight a recent study that found that 80% of employees believe that empathy needs to improve at their organization. Yet only 57% of executives agree.

That’s a significant gap—and it needs to be bridged.

Empathy starts at the top. Leaders need to drive empathy throughout their organization. If empathy is going to flow through an organization, leadership needs to be all-in on adopting it. 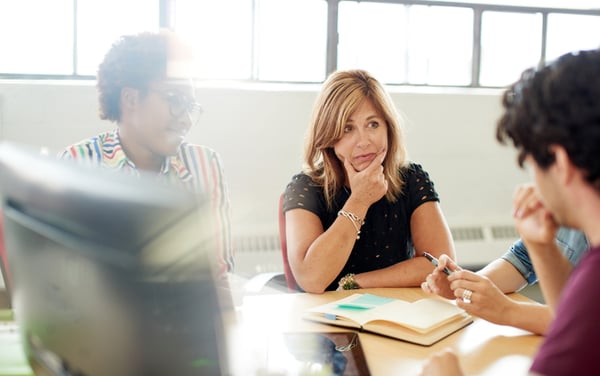 The Struggle with Empathy

One of the biggest challenges of spreading empathy across the organization is that it can be hard to get management to buy into the importance of training in “soft skills” and empathy, after all, is a soft skill—not a technical skill. When you spend money training people on technical skills, there’s almost an immediate return on investment—or so the conventional wisdom goes.

To illustrate, let’s look at an example from my hostage negotiation days. If you sat back and watched preparations for the management of a hostage situation, you’d see the SWAT guys showing up, getting out of their vehicle, putting on helmets and body armor, and grabbing their rifles. You could speculate that they are the entry team. You’d see another group carrying rifles with optics attached to them, and you’d immediately know that those people are the snipers. You’d see someone else take a ram out of the back of a car and you’d know that person is a breacher—the person who’s going to break down the door.

You can look at all of them and see exactly what they’re bringing to the table.

Then the negotiators show up. We’ve got backpacks filled with pens, notebooks, and recording equipment. On the surface, it’s not really apparent what we’re there to do.

The same can be said about funding technical skills versus funding soft skills. Companies are very willing to fund the obvious (e.g., training to use a new technology that will increase productivity by 10%), but they might not be willing to fund the not-so-obvious—like helping their teams develop and employ empathy, internally and externally.

A couple of things are required to get an organization embrace the promise of Tactical Empathy:

When leaders create a culture where empathy is prioritized, great things happen.

The Leadership Paradox: What You Did vs. What You Do

Another classic example of leadership failure is found in a paradox many executives encounter, which is that they don’t manage to differentiate between what they do as leaders and what they did in their previous role.

For example, someone might have been a great first-line supervisor, and upper management might think that this individual would make a great executive because of it. They got promoted because they were great at micromanaging. But now, they’re expected to work through other people to make sure the organization’s mission is accomplished.

Facing a new challenge and an unfamiliar role, many leaders become uncomfortable—to the point that they start to re-assume their old role and responsibilities, i.e., performing their subordinates’ tasks for them.

They’re good at these tasks, to be fair—that’s why they got promoted in the first place. But now they’re doing something that’s not required of them any more.

The problem with this is that it tends to breed contempt on the part of direct reports. Employees begin thinking, Well, if everything I do is going to be second-guessed by my manager, what’s the point of doing anything?

This is a great way to get employees to leave. Or worse yet—to get them to disengage and stick around. Now, you have a disgruntled employee who is sitting around taking up space—and probably hurting the morale of their colleagues.

As we say here at The Black Swan Group, don’t be mean to someone who can hurt you by doing nothing. Revenge is a powerful motivator. In this example, being mean includes not treating employees with respect—and not letting them do the job you hired them to do.

Let’s tie these threads together. Great leaders are driven by Tactical Empathy. They understand exactly where their employees are coming from and they are governed by that perspective. At the same time, they understand that they can’t do everything on their own. They know that being a leader is different than being an employee—and they act accordingly.

All too often, leaders fail because they let their ego and their authority guide their thinking when empathy and delegation should be the real drivers. To learn more about how to be a more effective leader, check out The Black Swan Library.