He Issued A Demand or Deadline, Now What? 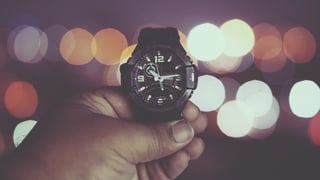 “We want four million dollars, forty 1,000-year-old ginseng roots, a 50-troop military helicopter, to take us to Thailand…and four bullet-proof vests.” These demands (and they are actual demands made during an incident) could stymie most hostage-barricade managers. To the lesser-trained they seem non-negotiable. Demands and deadlines tend to crank up the stress level for decision-makers.  Generally speaking, they shouldn’t and here’s why.

A demand is an aggressive command to grant situationally-relevant wants, interests, and needs expressed by the hostage-taker with a consequence for non-compliance. In other words, a threat. The threat is an expression of intent to harm or act out violently against someone or something. An offensive threat is issued typically to apply pressure on us to comply, for example, if i do not get a car in 5 minutes, someone is going to die! Defensive threats set the context under which violence will occur and are typically issued to keep us away, for example, if anyone tries to come in here, I will shoot these kids! Unconditional threats are the most concerning. No action is required from authorities, for example. I am going to kill this useless sob! Stressing inducing? Yes. The impetus for tactical intervention? Not necessarily.

Demands are a good. They give us something with which to work in that they buy us time. Time to demonstrate our willingness to help. Time to build trust and rapport. Time to gather intelligence. Time for our tactical counterparts to game plan and rehearse. Using time properly we break the demands down into small steps. This provides an opportunity for detailed discussion of those smaller steps which, by extension, expands time. Time expansion leads to a lowering of the subject’s expectations. In addition it puts pressure on the hostage-taker because they are constantly in decision-making mode which is taxing and leads to fatigue. We then report back to the hostage-taker as those small steps are accomplished. This gives the perception of movement towards the larger demands and makes the hostage-taker feel as though he or she is making progress in the negotiation process.

Identifying and managing demands involves differentiating between needs and wants as well as evaluating how the demand is presented. Needs are necessary for human survival. Wants are desires which are not however, wants are usually what motivate demands. For example, all of us need to feel safe, but we do not need a ballistic vest to satisfy this need. The vest is clearly a want. Hostage-takers usually present their wants as their demands. Understanding needs versus wants is essential to getting the hostage-taker to accept alternatives. The foundation of this process is communication; active and empathic listening. We should attempt to build trust by satisfying minor requests when possible. It is acceptable for us to comply with some demands as long as it does not adversely affect the ultimate goal or compromise safety. Satisfying minor demands initiates dynamics of reciprocity, which is a powerful social norm that “obligates” the hostage-taker to provide us something in return.

Often, the hostage-taker will include one or more deadlines with his demands. There are several ways to manage deadlines. First, attempt to dissuade hostage-taker from setting deadlines. Blame the “brass”, logistics or complexity of the demand. Next, avoid referring to deadline after it has been set; out of sight out of mind. Contact the hostage-taker prior to the deadline and talk them through it. There are few (as I write this only one comes to mind) where a hostage has been killed pursuant to a deadline expiration.

The issuance of demands and deadlines is not cause for panic but rather smart management. It requires good communication between us and the hostage-taker. Negotiations surrounding demands will provide us with insight into the reasons for the incident. Everything we need to know about what will move the person can be discovered during the negotiations process. Everything is negotiable but not everything is concessional.