In an ideal world, negotiation would be easy, tensions wouldn’t exist, and we’d all get along at the table just fine.

But reality paints a different picture, and crisis negotiations rear their ugly head sooner or later. Think about how many people have had to sit down at the table to figure out how to respond to the COVID-19 pandemic over the past several weeks.

Though crisis negotiations are inevitable, you can avoid making critical mistakes if you have the right approach.

With that in mind, here are four common crisis negotiation mistakes—and what you can do to find the better way forward. 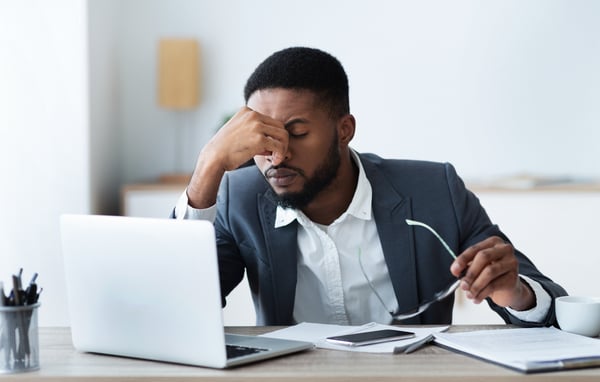 It’s obvious that you shouldn’t lie. We all know that. But we also know that—in the private sector—people tend to lie often. It’s just the way it is. With the pressure of livelihood on the line it is easy for people  to fall back into a defensive position of lying especially if you don’t have a better practiced response.

In crisis negotiations, people have a tendency to say things like maybe or we’ll try to see what happens when they know the answer is no or that’s impossible. They do this because they don’t want to inflame the situation. The actual response to the question is a hard truth, and they’re scared that responding that way will screw everything up.

You need to avoid this mistake because you run the risk of your counterpart interpreting your maybe or we’ll see as a yes. Should that happen, the other side might not trust you when they find out the truth.

Avoid this mistake by using an accusations audit before you drop the bad news. By diffusing the negatives your counterpart is likely harboring before you deliver the hard no, you develop trust and make it easier for the other side to see things from your perspective.

Ronald Reagan once said that if you’re explaining something, you’re losing.

Yet all too often, we all fall into a trap wherein we want to explain because we genuinely want the other side to understand where we’re coming from and the value we bring to the table.

Don’t walk into the first interaction thinking that you’re going to explain something to someone. The other side might want to speak first, and the minute you lead with an explanation, negative emotions might get in the way. All of a sudden, a counterpart who was eager to negotiate can’t even hear what you’re saying because all they’re listening to is the voice in their head. And that voice is now dominating the conversation.

Simply put, human beings do not have the ability to fully listen to and fully process what someone is saying when they are worried about what they themselves are going to say. Every time you sit down with a counterpart, they are going to have a head full of thoughts. They won’t be able to hear what you’re saying until they empty their thoughts out.

So don’t be an explainer—be an active listener instead.

Mistake No. 3: Thinking It’s a One-Off

Watching movies like Inside Man, The Negotiator, and The Siege will leave you with the impression that every negotiation is a one-off. You negotiate until you either get to the point where you kill the bad guy, or send him to jail.

Reality is different. If the guy’s not dead, he’s eventually going to get out of jail, and he’s going to have even fewer options than he had before he went in. So, odds are that this criminal will go back to his old ways, and someone will have to negotiate with him again—or at least with someone they know.

When you sit down at the table, you should never think of it as a one-off, because it isn’t. Sooner or later, you’re going to end up negotiating with either the same person again—or with one of their peers. If you develop a reputation for being unreasonable and losing your temper, it’s going to follow you around. So don’t.

Mistake No. 4: Going It Alone

In the movies, it’s always the lone negotiator and the lone bad guy. In real life, it’s always a team effort. On the rare occasion that a negotiator is sitting face to face with a criminal and they’re actually pointing guns at each other, the negotiator has a team of colleagues speaking to them through an earpiece.

In other words, 99.9 percent of the time, crisis negotiation is managed as a team. It’s a minimum of three people, and depending on the situation, you might have as many as 15 people on your side—the note takers, the record recorders, folks bringing information in from the outside, those facilitating internal conversations, coaches, and more.

Think you’re a superhuman who can do everything on your own? You’re not. The average human gives off something like 1,500 pieces of information per second, and the brain is only capable of processing up to something like 600 of them. It doesn’t matter how high your IQ is or how many years of experience you have, your brain is just not built to process all of the information you’re receiving at any given point in time.

That’s why you need to go into every negotiation with a minimum team of three. There should be people at the table whose responsibility is not to speak. They’re going to hear things that you won’t, giving you more information to figure out the best solution.

In crisis negotiations, it’s easy to get derailed by any of these common mistakes. By keeping your wits about you and going in with the right mindset, you’ll experience better outcomes.