Show me a leader who uses fear to get the troops in line, and I’ll show you a toxic environment.

Unfortunately, far too many leaders use fear to get their employees to do their bidding. Maybe the leader constantly reminds employees about the company’s dire finances during COVID and suggests that it’s only a matter of time before someone needs to be let go. Or maybe the leader enjoys calling out an employee’s mistakes to the whole group—leading everyone to constantly worry about being embarrassed or belittled for not meeting the boss’s expectations.

Whatever the case, fear-based leadership is ineffective. There are leaders who might be tempted to use their ego and authority to torment their teams and remind them who’s boss, it’s impossible to get the best business outcomes when you take this approach.

With that in mind, let’s take a look at five reasons you need to do everything in your power to move away from fear-based leadership and embrace Tactical Empathy™, transparency, and respect. 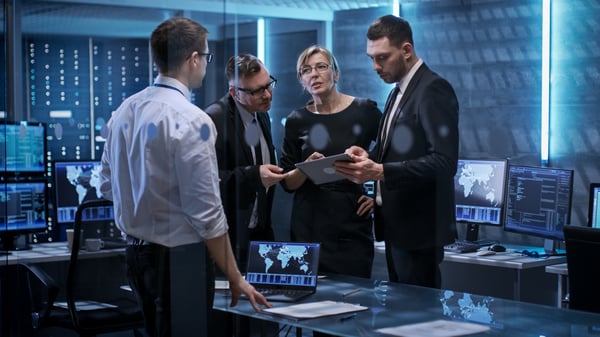 Fear impedes our cognitive abilities. When we’re scared, we can’t think clearly. Our minds are clouded, and we leave logic and reason at the door.

In an office environment, fear stifles innovation, makes teams less creative, and causes employees to second-guess whether they should take initiative on any given project or campaign.

When you take a fear-based approach to leadership, your team won’t be able to devise the best solutions to problems or respond to adversity with any semblance of reason.

2. It Breeds Resentment and Revenge

Fear breeds resentment and revenge. When you’re in charge of a team, why would you ever want to put somebody whom you’re relying on in that position?

As we like to say around here: Never be mean to someone who can hurt you by doing nothing.

By using Tactical Empathy to lead, you can create a warm, nurturing environment in which your direct reports are encouraged to go to battle with you instead of running away.

3. It Proves Your Own Insecurity

Leaders who govern with fear usually do so to mask their own shortcomings. More often than not, fear-based leadership stems from the boss’s lack of confidence in their own abilities.

Rather than let the light shine on them and reveal their flaws, they use fear so that they can survive—at the expense of the people they’re supposed to be inspiring to do their best work.

Fear triggers the fight-or-flight response in direct reports. When you’re cultivating a fight-or-flight mindset, you’ll be creating obstacles that are going to be hard to navigate.

Because your employees won’t be thinking clearly when they’re fearful, they’re going to make mistakes. Even worse, maybe their “errors” will be intentional.

How much time have you wasted fixing something that a disgruntled employee screwed up?

5. It Disengages Your Team

When you use fear to lead, you’re going to disengage at least some members of your team. If your goal is helping your organization reach its full potential, you simply can’t afford to let even one of your team members become disengaged.

For starters, organizations that report high levels of engagement are 22 percent more productive than their counterparts, according to the Harvard Business Review. Beyond that, highly engaged organizations have lower turnover, lower absenteeism, and fewer safety incidents.

Keep in mind that employee disengagement is a spectrum.

Take my word for it: That’s not any place you want to end up.

Ditch Fear and Lead with Respect and Transparency Instead

Nobody likes leaders who rule with fear.

Use fear to lead at your own peril.

To learn more about how to lead effectively and inspire your team to do their best work every day, check out The Black Swan Group Leadership Guide.