Our work and personal lives are filled with negotiations. Some are small negotiations, such as what movie to watch or who should be responsible for washing the dishes. Other negotiations are high-stakes, like major business deals or funding procurement. While losing your movie choice isn’t likely to have a lasting impact, negotiating key business deals can directly affect your organizational viability, growth potential, and job security. Believe it or not, both types of negotiations involve the same basic skills. Practicing those skills is the key to becoming more effective when it matters most. No matter what type of negotiation you’re facing, these five tried and true techniques will improve your likelihood of success. 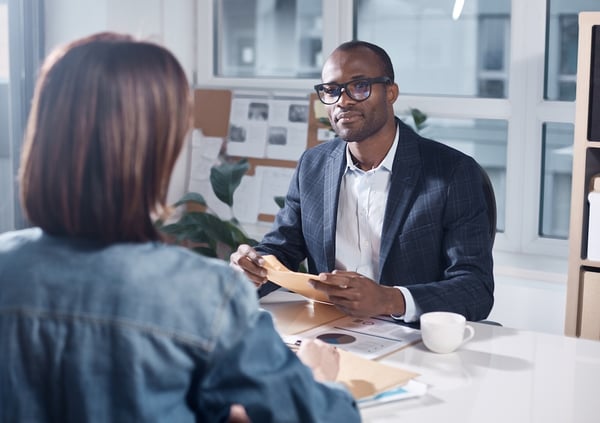 We like to say that you don’t rise to the occasion, you fall to your level of preparation. That said, there’s danger in over-preparing or going about your preparation with the wrong mindset or focus. Novice negotiators often prep by doing hours of in-depth research on their counterpart’s industry, company philosophy, and personal history. While it never hurts to know who you’re talking to, you can learn the majority of what you need to know simply by employing effective communication skills. Use the bulk of your time leading up to a negotiation to formulate your communication strategy and style rather than finding a variety of trivia that are unrelated to the negotiation at hand. If you master the right communication style and employ tactical empathy, you’ll build trust faster than you would by recalling a shared hobby or industry detail to establish common ground.

Emotional intelligence refers to an individual’s ability to recognize their emotions and those of others, manage their emotional responses, and use internal and external emotional insight to inform their communication choices, style, and behavior.  Communicating in an emotionally intelligent way will help you build stronger and more trusting relationships, improve your conflict resolution abilities, and ultimately improve your effectiveness as a negotiator.

When it comes to winning a deal, we often view winning as meeting a set of criteria or decimal points beside a dollar sign. In truth, the idea of winning is much more emotionally driven and not dependent on any predetermined set of criteria. Creating an agreement where both sides are better off doesn’t mean letting the other person “win” at your own expense—it means understanding the emotional drivers that are impacting your counterpart’s perspective and addressing them in your agreement. A customer may receive a good deal and still feel like they’ve been ripped off because the agreement wasn’t communicated in an emotionally intelligent way. That same deal may be unsatisfactory to the principle negotiator because they conceded more than they intended (i.e. “let the customer win”) and still didn’t win the customer’s trust or satisfaction.

Using emotional intelligence to guide your communication and negotiation style will help you achieve what you set out to accomplish and give you more flexibility to reach a beneficial agreement for both parties.

When you become  an adept listener it boosts your potential influence. It’s human nature to enjoy talking about yourself; so if you give people the space to do so, you’ll learn what you need to know about your counterpart in order to gain that influence. Listening will help you pick up on their emotional triggers and you’ll respond in the most ideal way. If a conversation suddenly becomes heated, naming your counterpart’s frustration and demonstrating that you’ve heard what they’ve said can help reset the conversation and rebalance their emotions.

So how do you demonstrate listening? Simply nodding or saying, “I’m listening” won’t cut it in a negotiation. Rather than mulling over your next rebuttal while the other party is talking, take note of what they’re saying and evaluate their emotional state. Afterwards, verbalize their views using techniques such as labeling, mirroring, and using minimal encouragers.

Labeling involves recognizing an emotion or need that your counterpart has expressed and stating it to gain affirmation or clarification. For example, saying, “it sounds like you need x, y, and z” will help demonstrate that you’ve been listening and likely provoke a “that’s right” response. Mirroring means repeating back the last few critical words that someone has said in order to demonstrate that you’ve clearly understood them. Minimal encouragers refers to subtle verbal and nonverbal expressions of encouragement like eye contact, nodding, and short affirmations like “uh-huh,” or “sure.”

4. Use Time to Your Advantage

It’s natural to want to reach a resolution as quickly as possible, but it’s not always ideal. You’ll have more opportunities to achieve the solution you’re seeking if you use time to you advantage and don’t rush or force an agreement. Getting an agreement early won’t guarantee a successful negotiation and can hinder your ability to discuss the “how” that informs a deal. We all have different processing speeds—understanding how your counterpart processes information will help you set the right cadence for your negotiation and bring about a more desirable outcome.

A couple ways to use time to your advantage:

5. Understand the Power of Influence

Too often, we’re led to believe that “cash is king,” or that the buyer has all the leverage in a negotiation. But the word “leverage” is misleading. It’s associated with the ability to control and punish someone and can cause people to see negotiations as a tit-for-tat bargain. This kind of black-and-white thinking is dangerous to any negotiation—no matter the stakes. In fact, this mindset will ensure that a negotiation never happens.

Replace the word “leverage” with “influence” and it becomes immediately apparent how flexible and fluid every situation and negotiation is. To be a successful negotiator, it’s important to focus on influence. Influence isn’t dictated by who has objectively more to win or lose. Instead, influence is earned throughout a negotiation by listening, using emotional intelligence, and choosing the right communication style.