Leaders have the power to make or break a company.

Although great leaders inspire their teams to work hard and reach their full potential, poor leaders discourage their teams—often causing them to look elsewhere for employment.

So what makes a great leader?

Of course, great leaders are talented, hardworking, and knowledgeable. But what else?

Here are five other (often overlooked) skills that the best leaders have. 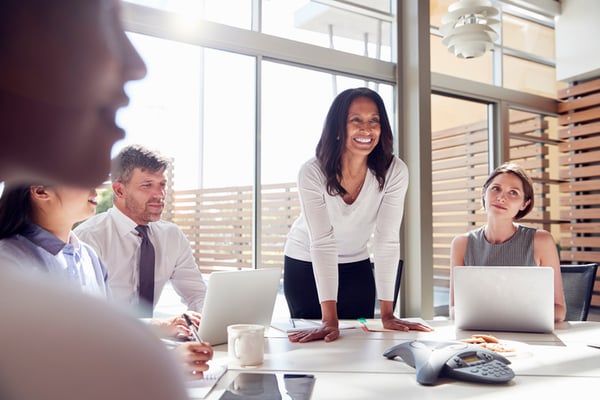 1. Effective leaders understand that we’re all in this together.

A company is only as strong as its weakest link, and self-absorbed leaders are weak links.  The more leaders make it about themselves, the more discouraged their employees will be.

The most talented leaders know how to subordinate themselves and defer to others—and they know that most often, this is a requirement, not an option. They know they’re not perfect and they know that their ideas aren’t always the best ones.

Effective leaders consider the impact that everything they say or do has on those in their sphere of influence. This cognizance helps them treat all of their colleagues and employees with respect—which in turn increases engagement and strengthens team morale.

Effective leaders are patient. They don’t rush to solve problems. Instead, they trust the process; understanding that it is all about sequencing. Tactical Empathy first. Goals and objectives last. It means putting your ultimate goal on the back burner and spending the first 70 to 80 percent of the conversation demonstrating to the other side that you understand their circumstances. You understand the amount of work and problems you’re going to create when you make your ask. You understand where they’re coming from. This is Tactical Empathy in its truest sense.

Compare this approach to the way that many leaders conduct themselves: They flip the process around, telling their teams that they’re moving in a certain direction and then letting them know what they need to understand the move after the fact—an approach that doesn’t exactly lend itself to getting buy-in from the team.

3. Effective leaders have an objective view of their environment.

Effective leaders ignore false dichotomies and don’t let their emotions or subjective interpretations of situations get the best of them. They don’t view the world through a black-or-white, always-or-never, my-way-or-the-highway lens. They know that their ideas aren’t always correct and they are not infallible.

4. Effective leaders consider the impact of difficult decisions before making them.

Effective leaders understand that being the top dog comes with serious responsibilities. They know that they’ll be forced to make tough decisions from time to time. The best leaders consider all of the potential intended and unintended consequences that can arise from each possible action before choosing the best way forward.

Weaker leaders often let their ego and authority cause them to make decisions quickly. As a result, they are unable to benefit from the latitude that postponing a decision would provide.

Let’s say you are calling a team meeting to explain some type of organizational change.  You will get them on board faster by starting the meeting with an accusation audit. Say something like this: You’re going to think that management is always changing its mind… That we don’t have a clear vision, and that we’re trying to make your job as difficult as possible.

Your goal here should be to defuse their negative emotions and put them in a more positive frame of mind so that their brains can work better. By attacking the negatives as they see them (before they are spoken), it reduces the bad emotions associated with upsetting the status quo and your team will be more open to trying something new.

Because you made it this far, you’re obviously interested in becoming the best leader you can be.

For more tips on becoming an effective leader, check out my new book, Ego, Authority, Failure: Using Emotional Intelligence Like a Hostage Negotiator to Succeed as a Leader.