As a professional negotiator, I’ve witnessed a fair share of negotiation mishaps and mistakes. When conversations and deals fall apart, it’s usually not because of anything the other side said. More often, it’s because the lead negotiator unintentionally sabotaged themselves. Below, I’ve outlined the three most common ways that people take themselves hostage in negotiations—and how to overcome them. 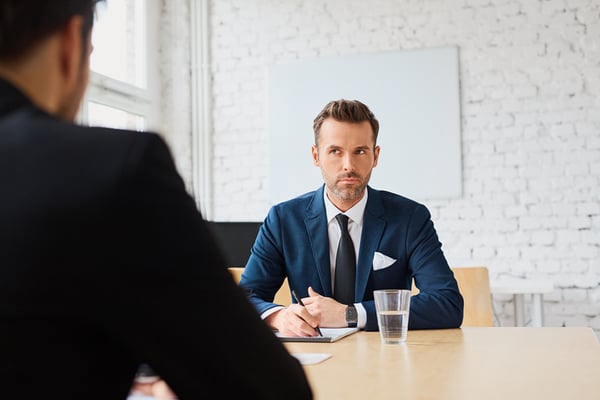 Part of the homework is the negotiation itself. Rather than over-preparing, gather enough information to get a sense for what a good deal might look like, and then get to work uncovering more by starting the conversation.

There are three key reasons why you need to gather information during a negotiation:

To Know if an Agreement Is an Illusion

Many, many, many conversations in business are people simply looking to confirm their current status quo. They have no intention of changing for you.

To Discover if You’re the “Rabbit”

People are looking to play you off of their favorite. To do so, they need a “rabbit” (a fool who will never get the deal) to offer better terms. If you don’t know who the fool in the game is, it’s probably you.

To Figure Out What the Best Deal Actually Is

Your counterpart is sitting, not just on information you don’t have (but need) but also on their own evaluation of that information. Knowing those things is vital to a deal because they will predict your counterpart’s performance in the execution of the agreement.

2. Thinking that “Yes” Is Success

Hearing “yes” isn’t success. Understanding how a deal will work is success. Put yourself in a position to get the “how” instead of the “yes.”

There are two fundamental problems with being desperate for a “yes:”

Driving for a “Yes” Doesn’t Build Trust or Alignment

As soon as you start driving for a “yes,” people feel it and sense that they are being led into a trap. Allowing someone to say “no” can actually help you reach your goals.

Every snake oil salesman on the planet has read about “momentum selling” or “the ‘yes’ momentum.” It teaches that the word “yes” is (allegedly) a micro-agreement that ties the prospect down and pins them to the big commitment, or saying “yes” to the deal.

This is nonsense. If it wasn’t, you’d own eight timeshares, 15 coupon books, five used cars, and every gym membership on the planet. In other words, you’d be suckered into saying “yes” to every pushy sales pitch thrown your way.

Getting to “yes,” or reaching an agreement, doesn’t require getting yessed to death along the way.

Instead, build a rock solid approach by getting “that’s right” out of your counterpart. Don’t be fooled by “that’s right’s” evil twin, “you’re right”.

“You’re right” is what people say to someone they want to preserve a relationship with, but whom they also really want to stop talking. If your counterpart is saying “you’re right”, then you’re trying to make a case rather than demonstrating understanding—and everything you’re saying is falling on deaf ears.

Is that what you want?

There’s More than One Type of “Yes”

In reality, there are three types of “yes”: confirmation, commitment, and counterfeit. People are used to getting led into a commitment “yes-trap,” and they’ve gotten really good at giving the counterfeit “yes.”

They know how easy it is to lead you forward because you love, love, love the sound of “yes.” You’re delighted by it and think you’re winning.

Please ask yourself: “Do I really want to bet my future on a ‘yes’ that’s counterfeit?”

You need to know if you’re being led astray. To figure that out, you need to get out of “yes” mode entirely.

When you articulate their point of view (rather than telling them yours), your counterpart says, “That’s right.” They will never be more open to hearing you out than after they’ve said “that’s right” to you. In fact, they may even make the deal for you at that point if you’ll just go silent.

Get a little crazy! Actually try this a few times to see the magic unfold.

3. Pushing for Agreement at the Start

You want agreement as soon as you can get it because you live in a time-sensitive world and feel pressure as a result. The real time killer isn’t how long a deal takes to negotiate—it’s the time you waste chasing deals you’ll never get or fixing bad deals that you rushed.

Ninety-five percent of your negotiations will take three phases to achieve. In this three-part process, sequence matters. Each phase builds on the work of the previous one, so skipping to the final act won’t save you any time—or bring you any success. Delay to save time in the long run.

Expect to have at least three interactions in every negotiation. This will give you time to:

You will never nail more than two of these in any single meeting or phone call. If you think you did, you missed something.

“Yes” Is Nothing. “How” Is Everything.

Implementation is where money is made. Profit doesn’t happen when a deal is inked—it happens when the deal is implemented.

This is why roughly 50 percent of the deals that are agreed to by companies don’t go through. The negotiators involved got a “yes” without paying any attention to the “how.”

Then the implementers on either side of the deal say, “What!? How are we supposed to do this?”

Raise your deal-implementation batting average well above your competitors by getting to the “how” before everyone else does.

Start by asking these critical “how” questions (and any more you may need):

Summarize their answers to get a “that’s right.”