3 Coaches/3 Negotiator Types – Which are you?

It is football season again and I couldn’t be happier. I also can’t help but see how the things we teach about negotiation are incorporated in all forms of life, including football. At BSG we teach that there are 3 negotiator types: Analyst, Accommodator, and Assertive. With the start of this year’s season, I’ve been thinking about how negotiator types play a role in coaching. There are three teams and their coaches that stood out: The San Francisco 49ers – Jim Harbaugh, The New England Patriots – Bill Belichick, and The Seattle Seahawks – Pete Carroll. Even if you aren’t a football fan there is still a good chance you have heard of these teams. All three coaches have been very successful in the NFL and all three have completely different coaching styles that stem from their negotiator type. 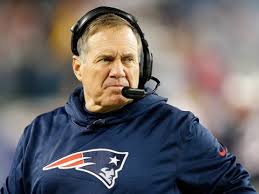 Let’s start with Bill Belichick and The New England Patriots. Coach Belichick is an Analyst, he works extremely well on his own and does not easily deviate from his goal. He is known as a guy that never shows emotion, even the media occasionally jokes about how little we see Coach Belichick smile. If you have ever seen him in an interview he uses “The Late Night FM DJ Voice” which closely coincides with the downward inflection of an analyst’s tone. His voice never waivers when it comes to the public eye.

Coach Belichick has arguably one of the best NFL systems offensively and defensively in the entire league. No matter who is on the field The Patriots can be successful and this is attributable to how he prepares the team. Analysts pride themselves in not missing any details and in some cases even over preparing. Belichick is the only coach I know of that literally breaks the game down to its simplest but most complicated form, situational football. He coaches his players to be ready for any situation a game can present. He never wants his players caught off guard by any circumstance, which effectively never makes the game too big for any of them. The Patriots are prepared for everything, from 1st and 10 week one to 4th and goal in the Super Bowl.

Unfortunately of our three teams I would guess The Patriots have the least amount of pure fun playing the game, which leads us to Coach Pete Carrol of The Seattle Seahawks. 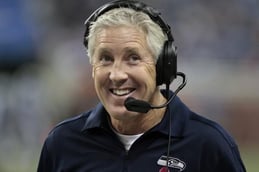 Coach Carrol is an Accommodator. He is all about having fun and understands what it takes to be liked by his players and how to motivate them. Due to his approach to the game I consider him to be a great motivator of men. The relationship that he has with his players and his team is apparent in the way he works with them. He is the type of guy people would refer to as a player’s coach. If I had to guess I would say he never yells at his guys out of anger, he only yells to show intensity and his shared love for football.

Throughout his coaching career, Coach Carrol learned to be himself, a fun loving guy who likes to joke around. His team’s approach to the game is definitely winning but above all have fun. Carrol has implemented titled practice days like “Competition Wednesday” and “Turnover Thursday” I’m sure in an effort to give his team something to look forward to in practice from week to week. The Seahawks also always practice to very loud music, this is not only effective to keep guys pumped but it also prepares them for playing in the loudest stadium in the NFL. Seattle broke The Guinness Book of World Records last season for the most noise in a professional stadium. 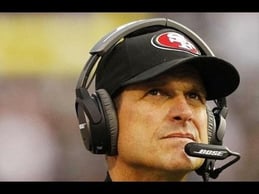 Finally The San Francisco 49ers and head coach Jim Harbaugh who is an Assertive. Even though he is the only coach of our three that has not won a Super Bowl many assume that will change within the next three years. Coach Harbaugh is a fiery intense guy who loves to have fun but loves winning above all else especially when it comes to the Seahawks, their division rival. As I understand it beating the Seahawks is something he engrains in his team starting in July.

Coach Harbaugh stands out on the sidelines during a game. He is always jumping around or waving his arms, yelling at the officials or screaming into the microphone of his headset. Oddly enough I would bet that he is almost never mad, he would describe himself as intense and passionate. His approach to the game is about toughness and hitting and consequently that is how his team plays. The 49ers play to win by out hitting, out working and being mentally tougher than the opposition. His team never questions where he stands or what he expects from them because he is always direct and honest with them behind closed doors. As a testament to his attitude about the game one of the chants he leads personally with his team after wins or great practices is “Who’s got it better than us!?” with the team responding “NOOOOBODY!?”.

Next time you are in the middle of a negotiation and are trying to identify your counterpart’s type so you can decipher the best way of dealing with them think of these three men and their approach to the game they love. Chances are the attitude of your counterpart regarding negotiation is very similar to one of them.